15 September 2016, 14:30 – 17:00, Paris The meeting was attended by members of the following organisations: AMUNDI, CPR AM, Directorate-General of the Treasury, Invesco Asset Management, LBPAM, SGCIB, The Investment Association Chair: Gideon Benari, Editor, Solvency II Wire. The Solvency II Wire Regular Meeting Group brings together a wide range of practitioners to discuss Solvency II and related matters. The following is a summary of the key discussion topics addressed at the meeting. — A range of broad developments since the implementation of Solvency II were addressed at the meeting, including national and international regulatory developments.

It was reported that a new Bill is likely to offer substantial capital relief to French insurers that provide supplementary private occupational pensions. The Bill, dubbed Sapin II after the French finance minister Michel Sapin, will allow insurers to create a new vehicle for managing Pillar II pension liabilities. The Fonds de retraite professionnelle supplémentaire (loosely translated Occupational Supplementary Pension Funds) will combine elements of pillars II & III of Solvency II and pillar 1 of the IORP directive. It is expected to free a significant portion of those insurers’ assets from Solvency II capital charges. It was noted that the aim of the regulation was not to change the current balance between public and private pensions in France, but to remove the pensions liabilities from the balance sheets of insurers, to alleviate their prudential treatment. Sapin II, set in Article 33 of the Bill is expected to enter into force this autumn. The Treasury will then issue on ordinance creating the new regime, possibly before the end of the year.

French asset managers noted increased supervisory scrutiny relating to their work with insurance clients. One participant said they were seeing more frequent visits from the supervisor, compared to the same time last year. Insurers were now also having to justify their asset manager’s SCR calculation to the supervisor. Another participant explained that insurers were also expected to know more about the asset figures and calculations; it was no longer possible to pass on figures to insurance clients without providing additional explanation. A debate about the level and type of information asset managers should provide regarding the SCR calculation followed. One asset manager said they preferred to leave the final calculation of the SCR to the insurers as a means of a second check on the figures and calculations. Others were using the SCR capital charge as an indicator for managing targets in the portfolio, leaving the ultimate calculation to the insurer.

The discussion also addressed mandate movements due to Solvency II, which were largely believed to be driven by the reporting requirements and the need to optimise capital charges. Participants said that they were not aware of substantial mandate movements in the French market. In contrast, the UK is experiencing a flurry of activity post Solvency II implementation; with some large mandates either moving or being consolidated. It was speculated that the differences between the two countries could be a result of a historic trend of French insurers to outsource most of their asset services, including reporting functions, and that much of the consolidation had already taken place in French insurance industry. A few participants noted that in addition to these changes they were seeing internal simplification of portfolios in order to make the aggregation of risk more effective and help consolidate and reduce reporting costs. It was generally agreed that the factors listed above were driving a trend leading to larger mandates being awarded to asset managers and a potential consolidation in the insurance asset management field. Others pointed out that investment performance was just as important a driver in the process.

Brexit and the recent UK Parliament’s Treasury Select Committee review of EU insurance regulation were also addressed. Overall participants said that Brexit developments were being monitored in France and the continent, but were not raising great concerns among market participants. Brexit negotiations were expected to start sometime in 2017 with the triggering of Article 50. However, attention at the meeting turned to 2018, which is becoming a convergence point for several major regulations, as one participant pointed out. In addition to the review of the Solvency II standard formula, a number of related regulations are due to enter into force: MIFID II, Data Protection Act, IFRS 9, and the UK’s Senior Managers’ Regime.

ICS and that old volatility issue

The review of the Solvency II standard formula by 2018 was also addressed at the meeting, in particular in the context of the emerging Insurance Capital Standard (ICS) for internationally active insurance groups, which is currently being designed by the IAIS. It was reported that the second generation version of the ICS is due to be published in 2019, however one participant noted that the discussion was currently at an impasse regarding the method of valuation. The debate echoes in some way the one that took place around the Solvency II Long Term Guarantees (LTG) package, with the EU favouring a market consistent valuation approach while the US favours US GAAP valuation principles, which they say would protect the balance sheet from market volatility. In practice, if ever a convergence takes place, it could be around a “super-LTG package” that would significantly reduce the impact of market volatility on the balance sheets of insurers. But the most likely outcome is that no substantial convergence would take place. The Solvency II standard formula review and ICS development happening at the same time so may have influence on each other. Participants noted that a key concern in the French market is the volatility of the SCR over time. Regulators and industry will be watching changes in SCR in the run up to the scheduled review of the SCR by 2018. — 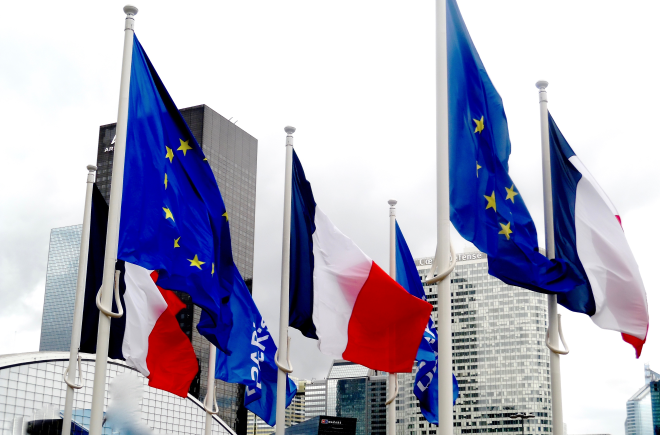