10 December 2015, 14:30 – 17:00, Paris The meeting was attended by members of the following organisations: Allianz France, Directorate-General of the Treasury, FNMF, International Credit Insurance & Surety Association, Pictet Asset Management, PIMCO, SGCIB, XBRL-Europe. Chair: Gideon Benari, Editor, Solvency II Wire. The Solvency II Wire Regular Meeting Group brings together a wide range of practitioners to discuss Solvency II and related matters. The following is a summary of the key discussion topics addressed at the meeting. — The discussion at the meeting addressed some of the outstanding implementation areas and began to shed light on the impact of the rules in practice.

Participants discussed the initial feedback from the ACPR on the ORSA reporting exercise that took place in September 2015. According to one participant the ACPR said that the number of undertakings that took part in the exercise increased to close to 500, including 28 groups. There was a noticeable increase in the involvement of senior management with the ORSA; 70% of the undertakings had their ORSA report approved by the board or AMSB (Administrative, Management or Supervisory Body). The ACPR noted an overall improvement in the quantity, diversity and quality of risk scenarios used in the ORSA, as well as a marked improvement in understanding the three ORSA assessments. More than half the undertakings used scenarios directly linked to their line of business. A number of areas were identified as requiring further work. For the 1st ORSA assessment (overall solvency needs) the risk profile still lacked sufficient detail, for example. In the 2nd ORSA assessment (on-going compliance with the capital requirement) the MCR cover was only treated by 66% of undertakings. The supervisor also pointed out that in many cases the management action plan had to be improved.

Overall participants noted that French insurers were becoming more comfortable with the ORSA process, which was helping to make Solvency II less burdensome. One participant said that some insurers were now becoming more at ease explaining the scenarios and changes in risk appetite to senior management, whereas last year they still struggled to fully grasp and understand the concept. Another reflected that the interaction between Pillar I and Pillar II was becoming more evident. For example, using an Internal Model was subject to scrutiny of a substantial governance framework and each model update required extensive testing to ensure that senior management understood and validated the new results. This highlighted that the use-test is a critical part of the ORSA. The terror attacks in Paris in 2015 have also heightened insurers’ awareness of terrorism risk.

Participants expressed interest in the upcoming review dates of the Directive: the review of the Standard Formula by the end of 2018 and the LTG measures by 1 January 2021. Questions were asked about the likelihood of changes being made earlier. It was pointed out that the wording of the text meant that changes could be made earlier and that some changes have already been made to the infrastructure capital charges and equity transitionals. One participant noted that the Commission was more inclined to wait and observe the impact of the rules in practice before rushing to make any changes to the rules.

A number of participants said they anticipated some changes to the reporting taxonomies to be made sooner, in order to reflect infrastructure and the Volatility Adjustment.

Change to the treatment of local government bonds under Solvency II, giving them a 0% risk charge was recently introduced on the basis that they were backed by the ability of local authorities to raise taxes. It was noted that this went against the growing observable trend of treating sovereign debt in line with its economic risk.

Participants noted that some supervisors were giving strong indications that they would “feel more comfortable” with capital buffers above 100% of the SCR. This, it was argued, was undermining the objective of the regulation. As one participant noted: “If the Standard Formula is supposed to capture all material risks then there is no reason for the supervisor to request a buffer, this should be something for each undertaking to decide.” The discussion served as an example of the challenges to harmonisation and the observable trend that some supervisors were applying the rules more strictly, and in some cases going beyond what was required. In the discussion about capital charges, one participant noted: “Capital add-ons are a supervisory tool to sanction an undertaking. Before applying add-ons, discussions are held with the supervisor to find an appropriate method of applying the capital charge, on a regular basis, where the model does not appropriately capture the underlying business or if a risk is not included in the Standard Formula.”

The meeting identified similarities in the problems of certain health insurers whose business is closely linked with government policy. Both France and the Netherlands have forms of state-sponsored complementary health insurance, which means they have a very low risk profile and are well capitalised under Solvency II. Ironically, because the government policies were set annually it made it difficult to come up with five-year (or longer) forward-looking assessment in the ORSA, one participant noted. French insurers were also concerned about the introduction of new rules requiring all employers to provide complementary health insurance to all private sector employees. The National Interprofessional Agreement (Accord National Interprofessionnel) enters into force on 1 January 2016.

A recurring theme at the meetings has been the question and concern that some NCAs were asking undertakings to use external audit firms to validate the Solvency II data. A number of participants argued that it did not make sense to require an audit of the data given all the work already put into developing reporting, disclosure and systems of governance for Solvency II. The audit requirement has so far been inconsistent across Europe. Participants gave a number of examples of countries where it was understood that such audits were required: in Belgium the supervisor is requiring a full audit, while BaFin in Germany is only asking for an audit of the balance sheet. In trying to identify the reason for these requests questions were asked if this was due to lack of resources in some national authorities or possible pressure from audit firms to provide that assurance?

Making use of the QRTs?

One insurer said they were unable to use the QRTs to monitor their business because they needed the figures earlier than the current Solvency II reporting timeline. They expressed frustration that the QRTs were not designed to present information to management, and instead they used their own tools to measure risk exposures. A discussion about the usefulness and benefit of the QRTs followed, which included questions about how supervisors will use the data. A potential answer may be gleaned from the work on European data standards. One participant noted that the ECB was now taking the lead in trying to establish an integrated European Reporting Framework (ERF), which is considering more extensive use of XBRL. — 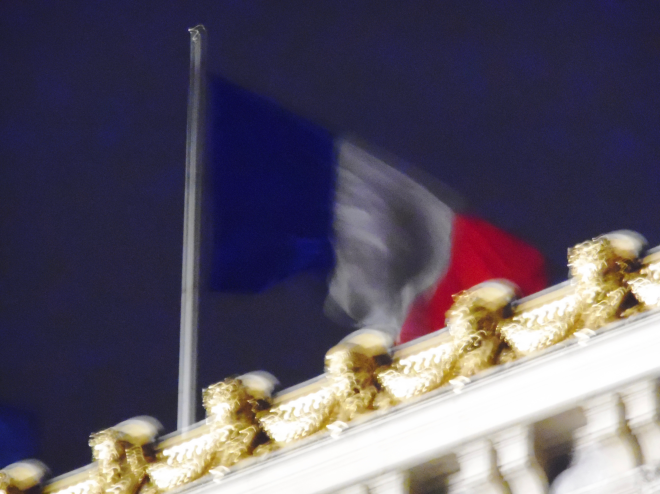