Still making sense of the rules

A significant part of the discussion centred on the challenges of managing the remaining uncertainties and their impact on the industry’s work, given that there was less than a year to the implementation deadline. Participants expressed the difficulties resulting from the continuing uncertainty and lack of clarity regarding the application of the rules (especially in relation to the QRTs). This uncertainty remains despite the fact that key texts and deadlines are already finalised and set. One participant noted the increased flow of documentation and questionnaires coming from EIOPA on an “almost daily basis”. Together with consultations at national level this was creating another layer of complexity in insurers’ work. The challenge of having most of the legal texts set but having to apply them based on interpretations of texts from EIOPA and national competent authorities was proving more difficult as the deadline draws near. A discussion on ways of managing the dataflow and uncertainty followed. One practical solution raised was to try to work to a specific text and then plan reviews at later dates to adjust for any new information. One participant noted that, by comparison, the Basel rules for banking were much more prescriptive, which greatly limited much of the uncertainty experienced by the insurance industry.

A number of participants said that in some markets, such as the Netherlands, where it was initially assumed the Matching Adjustment would not be used, firms and supervisors were struggling to interpret the finer aspects of the rules and calculation methods. Similarly, one participant said that a number of large southern European markets were only now beginning to grasp the implications of some of the long-term guarantees measures. Participants also noted that there was pressure on EIOPA to modify the Volatility Adjustment, with one reporting that the discussions within EIOPA were challenging.

One of the biggest challenges for the French market has been the transposition of the Solvency II governance rules. It was noted that the magnitude of the work meant the final texts would likely be published close to the transposition deadline of 31 March 2015. Transposition work included revising the Code des Assurance (the current French rules governing the insurance industry) and separating out the accounting standards. The change would put the French regulation in line with most Member States, where accounting rules are separate. However, this would only relate to the accounting standards used, the Solvency II balance sheet and SCR calculation will still be under the suprevision of the ACPR. The rules for the Réserve de Capitalisation (a sort of surplus fund with a specific design) have been adapted to make sure they remain Tier 1 capital.

Although the Treasury is focusing on transposition it was noted that it is also looking ahead to some of the review dates of the calibrations for assets and the SCR. While it was noted that there is now a growing recognition that some of the calibrations are misaligned, there was no certainty that they would only be reduced in all cases. The idea is mostly to keep in line with the work on long-term investment, and to ensure that the calibrations are adequate for preserving the role of insurers in financing the economy, notably in the long term.

Communicating information to the market

As information flows from national regulators have been increasing, their potential negative impacts were also addressed. The example of Delta Lloyd in The Netherland was cited: the firm is being accused by the regulator of misusing information it got about interest rate risk (Delta Lloyd is challenging the decision in court).

Impact on the investment environment

One participant said it was looking like the new rules were already shaking up the investment world and the relationship between insurers, asset managers and custodians. The participant believed that overall there was a sense that many insurers and their asset managers still did not have a clear picture of the asset side risks. This was a concern because over 50% of the SCR risk comes from assets. The continuing low yield environment would likely drive further changes in investment behaviour, another participant said. They believed this could result in French insurers considering equity investment in the search for yield.

It was noted that in completing the reporting exercise in September 2014 (which required full look-though for SCR calculation) many firms discovered exposures to assets that they were not aware existed in their portfolio. In that respect the regulation, and look-through in particular, was accomplishing an important part of its objective: namely that insurers become fully aware of their asset side risks. The general fogginess about industry’s ability to deliver look-through reporting was noticeable in the discussion. One participant noted that the larger French asset managers were able to provide look-though data for their insurance clients with relative ease. But, another said, look-through for structured products was difficult to obtain, as breaking down products to their component asset classes was time consuming within complex solutions.

A number of recurring themes were raised at the meeting. These included challenges of understanding proportionality, working with regulators and the cost of reference data. — To subscribe to the Solvency II Wire mailing list for free click here. 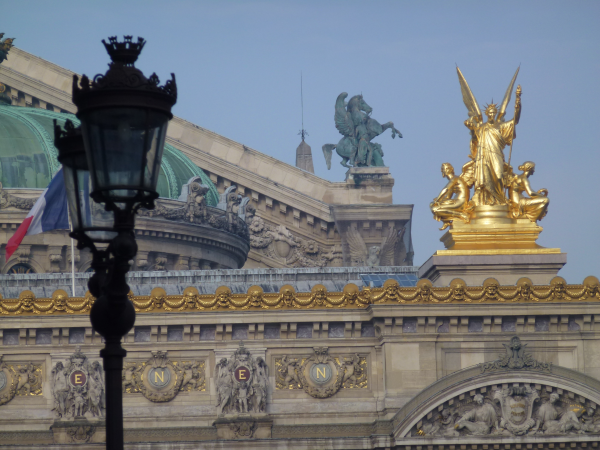