The low yield environment topped the agenda of the Pillar I discussion. One participant put the situation in perspective noting that in 2013 when the yields on 10-year European government bonds were around 2%, insurers were worried about the low-interest rate environment. Now with rates at near 0% the situation was becoming dire. It was noted that the impact of the low yield environment was different across Member States, depending on the product mix offered by insurers and traditional investment behaviours. The French market, for example, is dominated by with-profits products with no guarantee. This was broadly viewed as a positive. The main investment activity was around interest rate overlays to support diversification. It was reported that firms were looking at hedging and non-euro investments. Traditionally the market had been using structured products (such as Euro Medium Term Notes and Special Purpose Vehicles). In contrast, UK insurers were much more concerned with managing the duration gap of the assets and liabilities (primarily for annuity business), and apart from frantic exploration of structures for the Matching Adjustment investment activity was focused on yield generation. It was also noted that traditionally the UK market was very sophisticated with confidence to use more non-traditional assets. One participant said that the quest for yield was leading to new form of credit and it was now typical for UK midsize players to hold a non-negligible portion of their assets in non-traditional credit (e.g. CLO, leverage loans). A comparison was made with the Spanish annuity market, which is very well matched and has a high book yield value owing to historical product and investment patterns. It was noted that both in Spain and Italy there was less of a sense of urgency to seek out investment solutions but that some firms were starting to show an interest in reinvestment strategies.

The recent equity market tumble in China prompted a discussion on the nature of insurers’ risk asset allocation. One participant noted that insurers were still cautious on equity investment in their long-term strategic asset allocation given the Solvency capital charge; but some were approaching equity investment in an opportunistic manner, reacting to market conditions, through tactical exposure. Another participant noted: “If you had increased tactically your asset allocation into equities by 5% during the 1st three months of 2015, you would have achieved equivalent returns to those of 95% of the remaining portfolio during the full year.” This prompted some discussion on the relevance of focusing too much on the Solvency II capital charges. But it was generally agreed that much of the reduction in insurance risk assets took place before 2008. For most large firms the reduction was not about Solvency II. One participant noted that many mutual insurers suffered losses during the recent financial crisis and were reluctant to increase exposure into more risky investments. The discussion highlighted the complexity of understanding or predicting the impact of Solvency II on insurers’ asset allocation, with a number of competing narratives presented.

Investment in infrastructure as an asset class served as an example of understanding the impact of Solvency II on asset allocation. One participant said that one of the problems of investing in infrastructure was a shortage of appropriate investment paper as a growing number of investors have become interested in less liquid assets. “Everyone is chasing a very limited amount of paper, which is massively reducing the yield,” they explained. To illustrate this they pointed to the fact that 10-year infrastructure debt now yields 2%-2.5% on average and on some paper the illiquidity premium was now 0%. Another participant commented that banks have returned to re-intermediation activities and could underwrite their own investments and structural products. This was also putting pressure on yields.

The harsh investment environment was also having an unintended consequence of increasing complexity in insurance firms as they turned to more complex investment solutions to try to extract yield. It was noted that this was increasing the burden on senior management as they continue to manage the complexities of Solvency II.

The rules on grandfathering (22% capital charge to reach 39% after 7 years) continue to generate discussion and uncertainty. Although the rules have been set in the regulation, there was animated debate about their interpretation. It is still unclear if investments made in collective funds before 1st January 2016 would benefit from the grandfathering rule. One participant noted that the French Treasury and supervisors were not yet aligned on the interpretation. The understanding was that this should be clarified in the draft Level 3 text to be published by EIOPA in the coming weeks.

One participant noted that for some mutuals, which now have a negative duration gap would have actually seen an increase in capitalisation over the period of 2013-2015 under the Solvency II rules. Mutuals that sell mainly life participating contracts without long period interest rate minimum commitment were set to benefit from the rules as under Solvency II a low interest rate environment boosts fixed income assets in the short term but best estimate liabilities were not equally affected due to the discretionary participation features of the policies.

A question was raised about the impact of the UN Climate Action initiative and COP 21 (Conference of Parties) due to take part in Paris this December. In response, one asset manager said that about two thirds of new RFPs now included some element of Socially Responsible Investment (SRI).

With the 2nd ORSA reporting exercise due on 18 September participants reflected on last year’s experience of doing the ORSA and preparing the ORSA report. The ACPR requested all three assessments of the ORSA, beyond the scope of the interim measures. It was generally agreed that many insurers found the process difficult and that a lot of work had to be done in order to derive value for the business from the ORSA. Participants also noted the different degrees of preparedness in the French market. Larger firms were finding it easier to do an ORSA as they already had risk management processes that looked at the business, and had more resources. As a result they found the ORSA more relevant for them. Smaller firms were still struggling both with the basic concepts of the ORSA and with limited financial resources and staff. Some believed many firms struggled with the 2014 exercise because they were unable to engage senior management properly due to the tight delivery timetable. Many insurers had only completed their ORSA work over that summer with insufficient time to properly assess the results. One participant even questioned if it was too early to introduce the ORSA in the French market. Despite these misgivings, participants agreed they were noticing an overall trend towards and increase in creating value from the ORSA and it was generally expected that this year’s results would be significantly improved. Participants also raised questions about the value and effectiveness of using external advisers in the ORSA work, when, as one insurer put it: “The ‘O’ in ORSA stands for own.” A counter point was raised that external advisers had the benefit of seeing several ORSAs and could help with benchmarking.

It was clear that many insurers were struggling with the relationship between the ORSA process and the ORSA report. One participant said that the report must reflect the process and not the other way around. “The report should be a product of the work,” they stressed. They described the ORSA as a macro process that draws on many different functions and contributors and there was a need to coordinate these activities at one point in the firm. There was a general agreement that engaging senior management with the ORSA was essential for producing and effective ORSA. It was also noted that because the senior management of many mutuals was made up of members who were not financial professionals it could be difficult to engage them with the ORSA as they were more focused on day to day management issues rather than looking at the longer term horizon. As one participant noted: “They were more interested in the wheel not the map.” One participant noted that the ORSA would be a welcome introduction of more stringent governance processes for mutuals. — 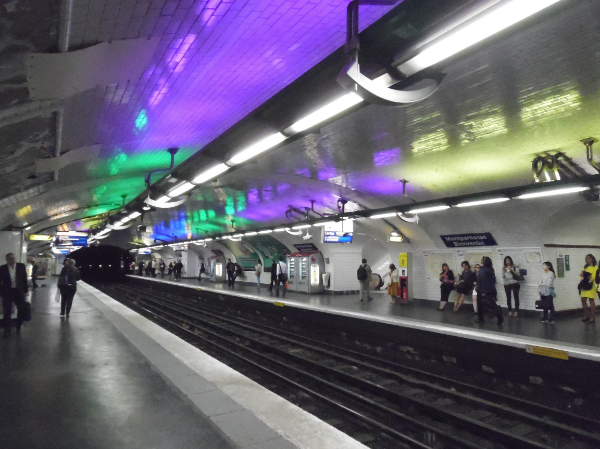