A traffic light system ushers in a risk-based regime

Peter Skjødt, Executive Director, Economic Affairs department, Danish Insurance Association The Danish insurance industry has been on a path towards Solvency II since the early 2000s. Naturally, the initiatives taken at the time were not introduced as an early (partial) introduction of Solvency II, since the framework was not yet outlined. The Danish regulatory framework was adjusted piecemeal over a number of years, phasing in elements of risk-based supervision and, eventually, encompassing many of the key features of the Solvency II regime in all three pillars.

In Denmark life insurance companies and occupational pension funds are regulated under the same rules. Occupational pensions make up approximately 85% of the market based on premium income. The traditional pension product has been a with-profits contract based on nominal guarantees. This means that providers’ assumptions concerning insurance risk, interest rates and costs have to be set on the safe side. The assumptions must be set in a conservative way, so that, most likely, a surplus will arise. Thus the actual development of risks, return and costs would give rise to a surplus compared to the assumed (guaranteed) development. This surplus must be fairly distributed between policyholders and shareholders. 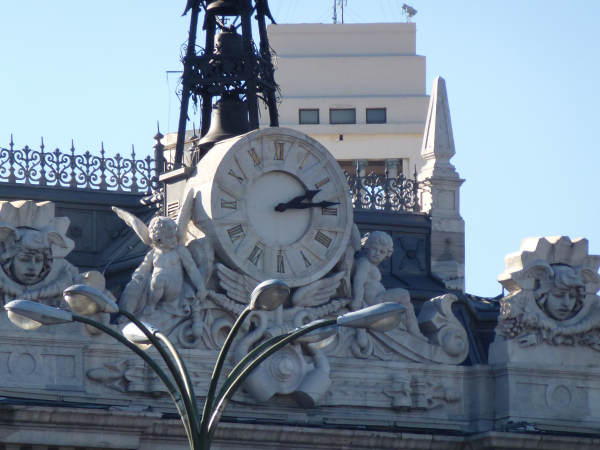 With-profits products fared well in the years when interest rates were relatively high. However, in the run up to 2000, some strain was observed when equity markets collapsed as the dot com bubble burst. In the immediate years after 2000, interest rates fell substantially and stock markets plummeted. That was a huge challenge for many life insurance companies and pension funds because of high equity exposure and insufficient hedging of interest rate risk. In many ways this was what markets are experiencing in the current crisis. In part because of these events the regulator made moves towards more risk sensitive regulation based on market consistent valuation not only of assets, but also liabilities. This included introducing a “traffic light” system (a simple early warning system measuring the possible, but not incurred, impact of future negative market developments on own funds); a requirement to perform an individual capital assessment; and a stronger focus on governance. Life insurance companies and pension funds soon increased their risk management activities, and hence, were able to better balance the inherent risk profile of their products with their investment strategies. Moreover, new products were introduced, in part anticipating the forthcoming introduction of Solvency II. These products, with some variation between providers, offer a very low (or no) financial guarantee and the asset composition is gradually changed over time reducing the exposure to equities as the policies approach maturity. These so-called ‘market rate’ or ‘life cycle’ products which are essentially ‘Solvency II compliant’ now account for about 43% of yearly premiums and 23% of accumulated pension assets. In the traditional with-profits market the average guaranteed rate has decreased substantially over the years.

Because of these developments the Danish life and pension market fared relatively well through the financial crisis. Whereas special “rescue packages” involving public financing had to be introduced for the banking sector, this was not the case for the insurance sector. Basically, the experiences from the turn of the century – regulatory measures introduced and adaption by the life insurance companies and pension funds – had led to a framework which was able to withstand the worst financial crisis for many decades. The Danish experience has some important implications for the current debate on the need for special measures to be introduced in relation to long-term guarantees. First, the risk-based approach to both supervision and to the management of life insurance and pensions in Denmark has shown its resilience to fundamental challenges. It is essential for both companies and supervisors to view the long-term business from a risk-based perspective. Second, the Danish experience underlines the need for appropriate measures to countervail pro-cyclical incentives. At the outset of the financial crisis in the autumn of 2008, there was short term pressure on Danish mortgage interest rates, giving pension institutions an incentive to sell off mortgage bonds in the short term, thus worsening the problem. To counteract this, a countercyclical mortgage interest rate premium was built into the yield curve, in effect stabilizing markets in short time. The lesson to be learned is that the introduction of counter-cyclical measures (the Counter-Cyclical Premium under Solvency II) should be market based. In other words, triggered by market developments (such as the increasing spread between mortgage bonds government bonds) and not introduced at the discretion of EIOPA. The crisis has also demonstrated the importance of hedging. During the course of 2012 the extreme low interest rate environment created challenges for contracts on relatively low guarantees – higher guarantees had been hedged already. If, in this situation, companies tried to hedge their interest rate risk, they would lock in returns at very low levels – if hedging were possible at all. Basically, policyholders’ returns would be locked at, say, 0.5% – 1.5%. If economic conditions were to change and inflation to rise in the future, they would not be able receive any upside, and would lock-in their purchasing power at a low level. Hence, in this situation hedging of the lower guarantees had not been made in time. This does illustrate the risk of nominal guarantees. The problem was resolved through an agreement with the government, introducing the Solvency II interest rate curve for maturities longer than 20 years, thus taking the Danish market a further step towards Solvency II (without the measures being discussed as part of the LTG package). The Danish market is well prepared for Solvency II and it is now expected that the Pillar I  capital requirement will be introduced by 1 January 2014 as the basis for the calculation of the individual capital need, thus moving the regulatory regime further towards Solvency II. The combination of historic events triggered an early move towards a more risk sensitive regime, which has proved its resilience already. Link to Symposium index page]]>