The early dawn of risk-based supervision

Esko Kivisaari, Deputy Managing Director, Finance Finland Finland has a long history of risk-based supervision dating back to the 1950s. It was first introduced to non-life lines and later gained a foothold in life and pension products. Many of the ideas for risk-based supervision were introduced by Teivo Pentikainen, one of the fathers of modern risk theory. The ‘Solvency rules of the Insurance Company Act’ of 1952 was based on many of Pentikainen’s ideas. It is interesting to see that these included a number of concepts very much resembling those of Solvency II such as a principles based approach, applying different levels of interventions similar to the SCR and MCR thresholds, using a standard formula and quantitative impact studies.

The Finnish insurance market is split almost evenly between life and non-life firms, based on premium income (48.7% life and 51.3% non-life). However, measured by liabilities, the life market is dominant with almost 80% market share. The relatively high proportion of non-life liabilities is a result of annuities provided in third party motor insurance and workers’ compensation insurance. Statutory pension insurance would almost double the liability figures. However, these are managed by separate firms that are not allowed to be active in the voluntary market and therefore do not fall under the Solvency II insurance rules. 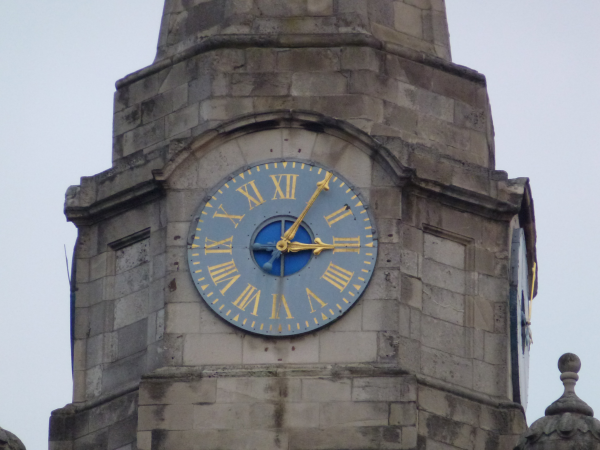 From the Finnish standpoint it is essential to note that questions about long-term guarantee (LTG) products are not restricted to life insurance. As mentioned above, non-life insurers pay certain compensations as annuities, which means they share the concerns of the life industry. It follows that they should also be able to apply whatever techniques are available for life insurers. The traditional LTG product is a with-profits life insurance with a guaranteed interest rate and locked in mortality assumptions. Back in the 1980s a guaranteed interest rate of between 4.25% and 5% on a traditional with-profits product was considered safe and there was a genuine belief that interest rates would never fall below these levels. Actual yields were around 10%. Although inflation was higher than any of the guaranteed interest rates, policies maintained their real value only after profit sharing. As with many other markets, changes in life expectancy have been a significant factor contributing in the current LTG problems. Increasing longevity has meant that the weight of guarantees has shifted. In Finland male longevity (newborn male, periodic mortality) has increased from around 65 years in the 1960s to nearly 80 years today. Meanwhile, age limits in life insurance have not increased at the same pace. This means, for example, that a typical pension saver still expects to start drawing his or her pension at around the age of 65 or even earlier. In practice, increasing longevity coupled with outdated age limits in life insurance has meant that the emphasis has gradually shifted from biometric guarantees (e.g. deteriorating health condition does not change the terms of the contract) to investment guarantees (e.g. guaranteed minimum interest rate). Life products have also started to increasingly resemble other investment instruments, making guarantees riskier and costlier over time. In Finland this resulted in new policies being sold mostly as unit-linked. Figures for March 2013 show that for the first time in history unit-linked policies (measured by liabilities) represent more than half of all Finnish life insurance savings. A central issue for LTG products is the difference between male and female longevity. In Finland this is even more so than in most other EU countries. The recent ECJ ruling on the Gender Directive has thus a big impact on Finnish life insurance, intensifying the shift from guaranteed policies to unit-linked. Curiously, Finland has a fairly short history of differentiation between gender in life insurance. Until 1973 unisex tables were used, and only then were separate premiums for men and women introduced. This might not be the result of some inherent Nordic emphasis on equal treatment, but rather the fact that very few women were among the insured in earlier years.

Changes to the valuation of assets and liabilities in the Finnish market were made gradually. There was no ‘big bang’ as such. The equities market collapse at the turn of the century and subsequent low interest rate environment triggered the first steps towards market consistent valuation of the entire balance sheet. Assets were already valued at market prices for solvency supervision at the time. However, liabilities were mainly based on historic costs, so discount rates, for example, did not go down as fast. That crisis triggered a transition to valuation of liabilities based on interest rates which more closely reflected market rates. In the current financial crisis both the insurance industry and the statutory pension providers were heavily hit and the industries tried to get some relief through eased regulation from the regulator and supervisor. This was ultimately achieved in the form of temporary legislation for the statutory pension industry. However the relief was not extended to the rest of the insurance industry and voluntary pensions. Despite these setbacks there were no insolvencies, a factor which could be attributed to how firms were capitalised. In the years leading to the crisis, insurance risk and investment risks were treated separately with ear-marked buffers for each. The fairly large buffers for insurance risk now help statutory pension companies to cope with the management of investment risks. In voluntary business the equalization provision is still purely for insurance risk. The industry managed by shifting its portfolio to less risky investments and one could argue this also speeded up the transfer to unit-linked. Underwriting LTG products became increasingly difficult during the crisis. Even beforehand guarantees had been lowered to the point that, often, as regards investment risk, only a zero percent guarantee was given. Only the capital (less management fees) was guaranteed. The profit to the policyholder would be in the form of discretionary bonuses but these bonuses were relatively low, especially because older policies had higher guaranteed interest rates, creating a stress on the whole portfolio. Overall the financial crisis intensified the shift to unit-linked products. The financial crisis, the current low interest rate environment and LTG products have put Finnish insurers under a significant amount of stress. Solvency II was designed so that insurers would still be able to offer long-term products with an annual confidence level of 99.5%. The thinking behind it has been that insurers already operate with a higher level of economic capital than regulatory capital. The two should be comparable, thus supporting good risk management. But since the beginning of the current financial crisis, things have changed. The 99.5%  confidence level means that regulatory capital requirements have come close to, or even surpassed, the actual capital levels of insurers. It is hard to believe that this confidence level would have been fixed had all the consequences of the financial crisis been seen early enough. A simple but probably unlikely way forward in the current situation could be lowering the confidence level. As this is not possible, there is a need to utilise other instruments. As Finnish life insurance still has a large back-book of guaranteed products it will be essential to include well-designed transitional measures for the treatment of LTG products. Transitional measures will not only be needed in the market consistent valuation of liabilities but also in the capital requirements. As stated above, unit-linked products are increasing in importance, yet almost half of the Finnish life insurance assets are tied to guaranteed policies. Many of these policies carry with them interest rate guarantees that in today’s interest rate environment are far too high. The Long-Term Guarantee Impact Assessment tested certain techniques with certain portfolios but it did not test the whole of Solvency II. Clearly the alternatives tested give relief, but it is difficult to draw definitive conclusions of their full impact on the solvency of insurers. Working alternatives for the CCP and extrapolation are needed to safeguard the functioning of the market. In Finnish life business the terms and conditions are such that the Matching Adjustment, even in its extended form, is of limited use. A matching adjustment would however be needed for non-life annuities. Link to Symposium index page]]>