A risk-based system ahead of Solvency II

Ellen Bramness Arvidsson, Chief Economist, Insurance Sweden Insurance companies provide 90% of the occupational pensions in the Swedish market, which means that virtually the entire pensions market is subject to Swedish insurance regulation. This is a significant factor in the development of the market and the move towards a risk-based regulation. Occupational pensions comprise 64% of the premium income in the insurance sector, covering some 90% of the work force. They are perceived as a generally accessible benefit complementing and tempering the public pension system, and are generally viewed as an integral part of the Swedish pension system. Mainly as a result of collective agreements, long-term guarantee (LTG) products have dominated the pensions market. Traditionally, such products tended to be defined benefit solutions. 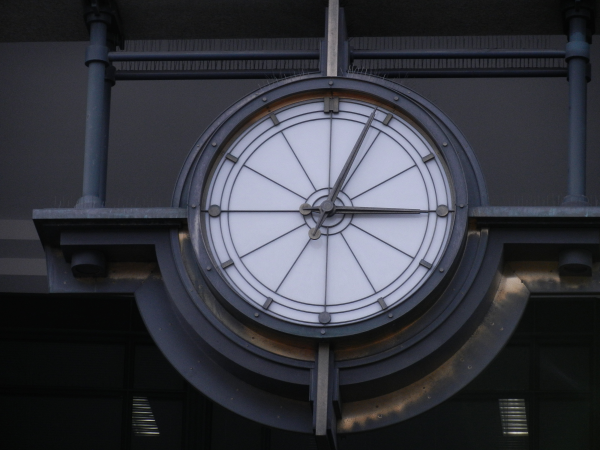 However, starting in the late 1990s, a shift towards defined contribution LTG schemes has taken place (the guaranteed return on capital is a central feature of these products and they should not be confused with unit-linked products). Today the schemes offer employees a choice between a limited range of products and companies. For many schemes a compulsory part of the contribution must be allocated to an LTG product. The defined contribution LTG product also has a long standing in the Swedish market in the area of third pillar private pensions. Unit-linked products were introduced into the Swedish insurance market in the early 1990s. They have been growing steadily, especially in the third pillar pension sector of the market. However, with the introduction of defined contribution schemes they have, in recent years, also become popular in the market for occupational pensions. Tautologically the long duration of the LTG product is of course the reason behind the challenges now facing most of the European providers. The new regulatory regime is generally ill suited to cater to the back-book of insurance contracts that were entered into under completely different prerequisites compared to those faced by the industry today. This is aggravated further by the current low interest rate environment. In Sweden the process of reregulating the environment for insurance in general, with implications for LTG products more specifically, started with the preparations for Sweden’s accession to the EEA area in 1992, followed by the entry into the EU in 1995. Up to this point the market had been very homogenous throughout most parts of the value chain. Standardised contracts were valued at the one discount rate set by the supervisory authority. When implementing the European Insurance Directives the Swedish legislator chose to introduce market consistent valuation of assets, while liabilities were still valued at the rate set by the supervisor. This started a debate on mismatching of assets and liabilities that lasted for ten years. The discount rate created incentives for investing in assets of shorter duration rather than matching the true profile of the liabilities. Although there was a general deregulation of the insurance industry over the same period, the problem of mismatching was not fully solved. Instead, the implementation of the IORP Directive in 2006 alleviated the problem. When implementing the Directive, the legislator introduced market consistent valuation of liabilities by applying the Directive to occupational pensions provided by insurance companies. Given their sizable portion of the insurance sector this was likely to affect the entire market for LTG products. In fact, the Swedish supervisory authority then developed a supervisory model, called the “traffic light” (which was designed on a similar concept introduced in Denmark in 2001) bringing in fair value modeling of insurance liabilities across the board. Thus, market valuation of both assets and liabilities has already been present in the Swedish market for quite some time, doing away with matching disincentives for capital management. This enabled Swedish insurance companies to build more prudent capital management strategies before the events of 2007-2008.

The financial crisis did indeed provide challenges of pro-cyclicality. Coming out of the crisis it is also evident that some market participants have withdrawn from providing LTG products. The Swedish economy is, relatively speaking, in very good shape, with public debt contracting for many years. Swedish life insurers are traditionally heavily invested in equities. During the crisis these factors together created what was popularly called “the death spiral” – falling interest rates increased the value of liabilities, whilst falling asset values created a need to de-risk the portfolios, enhancing the demand for government bonds. De-risking drove interest rates further down, thereby creating further need for de-risking. There was – and still is – a very thin market at the long end of the interest rate curve, making price setting sensitive to insurance companies’ reallocation. Coming out of that experience, the Swedish industry clearly sees the need for the counter-cyclical premium. Experience shows that there should have been room for more supervisory intervention – i.e. a transparent action plan for intervention – to halt the falls that occurred in 2008 and in 2011. In this context it is also worth emphasising that investors across the board are influenced by the way insurers are incentivised in the downward moving spiral. The other important lesson is of course the need for extrapolation methods to proxy a ‘real’ interest rate when real markets do not exist. Today’s model has a flat rate beyond the last liquid point, a model that transfers stress in the last liquid point on to the longer part of the curve, thus aggravating the problems. Several insurers have since withdrawn from the LTG product market. Some observers attribute this to the increased need for own funds to cover the cost of the guarantee over time; others claim it is an adaption to the low interest rate environment. The development is probably a result of both factors. Consumer preferences and behavior also factors into this. An aspect that has most likely been influenced by the introduction of member-directed defined contribution schemes. But there is, on the other hand a growing debate on the individual consumer’s increasing exposure to market risk given the introduction of more choice in both the first and the second pillar pension systems in Sweden. If pension levels turn out to decrease as a result of this risk, we may very well see demand push in the opposite direction, back towards more LTG products. In conclusion the LTG product can be expected to remain in demand in the Swedish market and given the earlier adaption to a market valuation environment, it seems to be possible for the Swedish insurance industry to provide it. The guarantees as such will, however, be provided at levels that are aligned with the low interest rate environment. The search for yield will therefore intensify. What we have seen already is that the transparency and incentive structure in the market has improved as a result of modernised regulation. Implementing Solvency II will of course entail a lot of work, but the Swedish industry has prepared well for this challenge and is ready to face it. Link to Symposium index page]]>