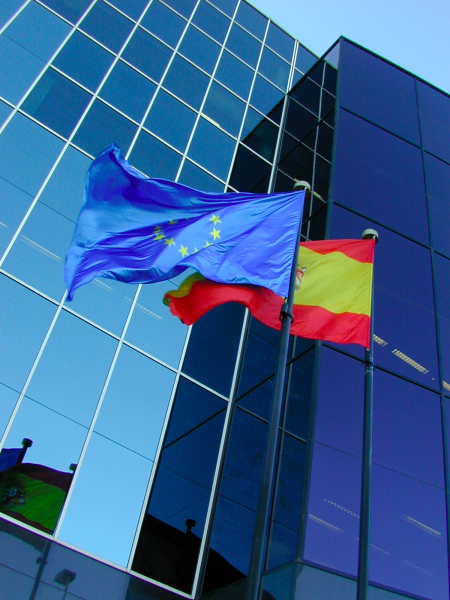 The European insurance market is a mixed bag. The numbers tell a story. As of 2009, Liechtenstein employed as few as 507 workers in the insurance industry, while at the other end of the scale, Germany employed about 216,500. The difference is also reflected in the number of supervised undertakings subject to Solvency II – between 10 and 625, according to the QIS5 report, with the number of supervisory staff working on Solvency II ranging between 25 to over 3,300. Member states also began their Solvency II journey from different starting points. Some have already got a form of risk-based regulations in place while others are only beginning to grapple with the concept and its technical and staffing implications. Its like a marathon. Some start at the front, others at the back – all with different levels of fitness and ability. All moving towards the same goal – at different speeds. Like runners, national regulators disperse along the course, they will all make it in the end (we hope) but for now there are leaders and laggers.

Looking at the level of preparation of regulators across Europe you can see a broad north-south divide. The former, which include the likes of France, Germany, the UK and the Nordic countries have surged ahead while their southern counterparts are lagging behind, with many eastern European regulators barely out of the starting blocks.

“Regulators, and firms for that matter, seem to have taken one of two approaches,” Raymond Bennett, Principal Advisor at KPMG, said. “Some have decided to storm ahead while others have taken a wait-and-see approach. Regulators in southern and eastern Europe appear to have chosen the latter. Our experience in the region shows there is little engagement with the market.” The two-track approach means regulators are operating on different timelines. While it is expected these will converge closer to the implementation date, firms that are regulated by more than one national supervisor are already finding this a challenge. They have to focus on more efficient project management in the implementation process.

Jan Piekoszewski, Solvency II Programme Manager at Atradius, stressed the importance of communication with the regulators. “At the end of the day, as an insurer, you will be sitting across the table from regulators and you will have to explain your decisions and actions and so you must accommodate for the different approaches.” David Wong, Partner at PwC, said that firms are also seeing differences in regulators’ approach to the internal model. “Leading regulators have taken a much more intrusive attitude to the application of the internal model. They also differ in the areas of focus. So BaFin for example, is taking a very technical kind of review of the validation process of internal models in Germany. While the French regulator ACP, wants more involvement of external auditors in the validation of the Internal Model.”

Where you are depends on where you started

The location of each national regulator on the path to implementation today depend to a large extent on the history and the nature of the country’s insurance market: factors that could also affect the regulator’s attitude and approach to Solvency II. Denmark, for example, began moving towards a market- and risk-based regulatory system over a decade ago when its direct life and pension market (regulated according to the same rules) came under severe pressure with the dot com bubble collapse at the turn of the century. 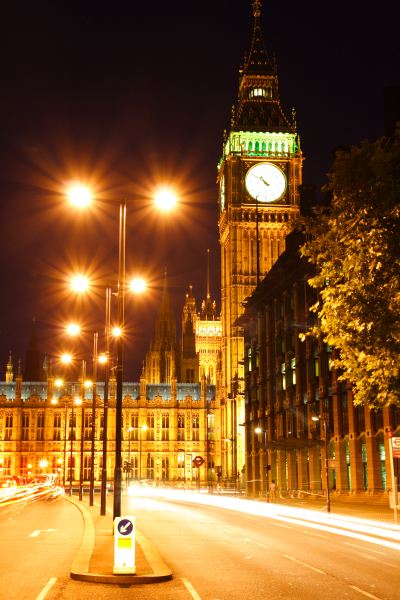 Speaking at a conference on asset management for Solvency II in September, Peter Skjødt, Executive Director, Danish Insurance Association, said, “Solvency II is a process, not something that comes at a specific date. We have been moving towards Solvency II for over ten years, and we will continue moving in that direction.” “Denmark’s high participation rate in QIS 5 was in part a result of the Danish regulator effectively making it compulsory for firms to take part,” he added. Mr Skjødt believes a lack of awareness of the benefits Solvency II can bring is a cause of the gaps opening up in the approaches of regulators. “In some markets, regulators and companies, started adapting too late and are not realising the need for, and benefits of, the new system. They call for special treatment and long transitions, all more or less in conflict with the risk-based approach which is at the heart of Solvency II”. Differences may also arise because regulators have different areas of focus, according to Mr Piekoszewski. “Regulators are operating in different countries where the characteristics of the insurance industry in their country may differ; for example, here in the Netherlands we have a large health insurance sector, whereas in the UK and Germany there is a large with-profits market. Regulators also have their own legal mandates that will affect how they apply Solvency II.” Mr Piekoszewski says the fallout from the financial crisis is also affecting the attitude of regulators. “Recent events in the banking sector appear to have increased pressure for more conservatism in the application of Solvency II.”

Uneven implementation of Solvency II – not an option

For EIOPA, uneven implementation of Solvency II is not an option. Carlos Montalvo, Executive Director, EIOPA, told Solvency II Wire that EIOPA did not think implementation will be uneven. “It is not a scenario under which we are working,” he said. As the body tasked with ensuring even application of Solvency II across Europe it is working with national supervisors and regulators. “We are committed to applying the system evenly. All supervisory authorities work very closely together, have regular meetings on different levels of the organisation and develop measures to ensure an even implementation.” Mr Montalvo added, “If it turns out the measures are not sufficient, then we would of course need to address it, including instruments like peer review or binding mediation. However, it seems premature to speculate at this stage that there will be uneven implementation.”

But what if, despite all the best efforts, the regulation is applied unevenly in practice? Many in the industry believe this is a likely scenario, which raises questions both for insurance firms and for Solvency II as a market harmonising regulation. Uneven application of Solvency II could result in higher costs to firms in countries where regulators demand more rigour in reporting. 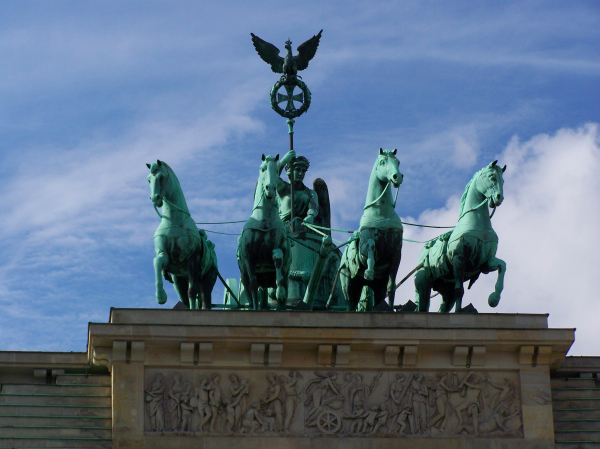 One seemingly obvious consequence of this is that groups could consider relocating and restructuring to benefit from regulatory arbitrage. Mr Piekoszewski thinks this is unlikely. “Uneven treatment of the regulation could cause differences in pricing but I don’t think we will see companies relocating as a result of Solvency II. Any arbitrage opportunities are likely to be exploited outside of the EU rather than internally.” Mr Wong at PwC also believes this is unlikely to happen on a significant scale. “Uneven application of Solvency II is less likely to cause regulatory arbitrage because equivalence is being sought by a number of countries. At the same time factors such as taxation and the availability of key staff play a greater role in decisions to relocate,” he said. 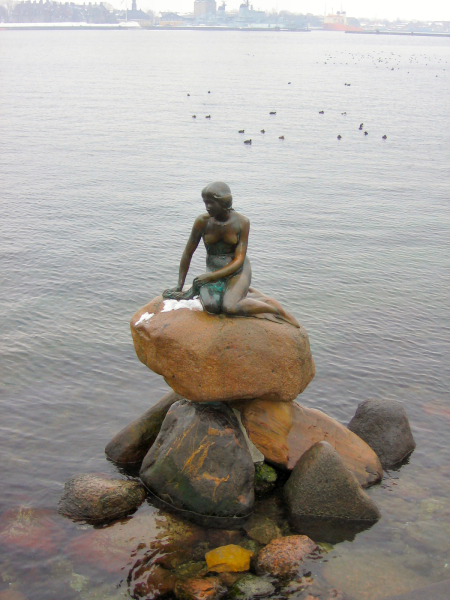 There is, however, a flip side to uneven implementation, according to Mr Bennett at KPMG. “Being supervised by a more demanding regulator will make firms more aware of the risks and dangers to the business. This means you could run the business better and more efficiently, price products more competitively or take bigger risks.”

Straying off the Solvency II path

Any conclusive analysis on the state of the Solvency II ‘marathon’ is premature and engaging in speculation unhelpful. But sometimes taking a hypothesis to extremes, ‘stress testing’ it if you like, can clarify what is at stake. According to Mr Bennet, “If the differences in the application become significant, one could draw some parallels with what is going on in the United States, where each state has its own regulation. It is quite noticeable that insurance firms have their headquarters in a few states. While this is not only to do with insurance regulation it could be a possible unwanted outcome of uneven application of Solvency II.” But there is another worry of uneven application which strikes to the heart of Solvency II – its economic risk-based approach. For countries with many multinational insurers and large annuity markets uneven application of Solvency II could have severe consequences, according to Mr Skjødt. “Some markets are seeking to apply a duration based equity approach popularly known as the ‘French equity option’. Under the ‘French equity option’, member states can allow for a special treatment (or calibration) of equities based on article 304 of the Directive that is significantly lower than the general calibration. Mr Skjødt warned that such a solution is not in line with the economic risk-based approach of Solvency II. “It represents a political compromise where some markets had to be accommodated,” he said. “Basically, this option creates an uneven playing field in Europe and is, in my view, an indication that the risk-based approach of Solvency II is not fully accepted. Using the preferential treatment of equity risk, will indirectly, support their equity market.” It is premature to speculate on the final shape of the regulation. Saying that the rules of Solvency II are yet to be finalised is the ceteris paribus of the Solvency II world, but it should not stop us from asking difficult questions to make sure everyone stays on track. 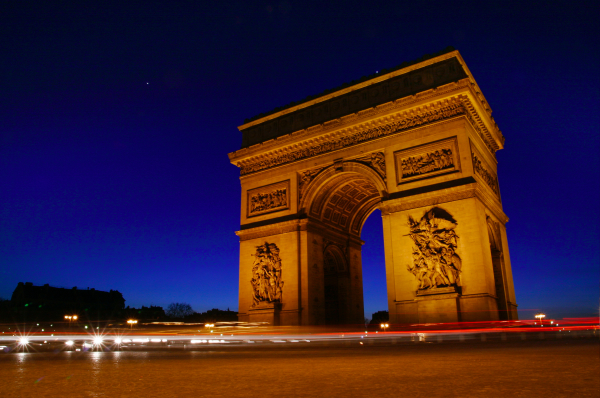