22 February 2017, 14:30 – 17:00, Paris The Solvency II Wire Regular Meeting Group brings together a wide range of practitioners to discuss Solvency II and related matters. The following is a summary of the key discussion topics addressed at the meeting. — The discussion addressed international developments and investment outlook in a Solvency II context.

The recent Congressional hearing assessing the EU-US Covered Agreement (16/2/2017) exposed the divisions within the US in respect of the agreement. In a debate that was often peppered with emotional language about US sovereignty and policyholder protection, much of the argument centred on the value to US policyholders. Supporters of the agreement pointed out that it effectively gave US state based regulation international recognition and was a good deal for US. Opponents argue that the agreement was an imposition of EU law on the US and that it was unlikely to provide any better policyholder protection than the current state based system. Opinions at the meeting were divided about the future of the Covered Agreement, which is passing through the final legislative stages in the EU and US. The agreement was reached on 13 January 2017, less than a week before the new administration took over and is now subject to a 90-day layover period in Congress. One concern expressed is that it would be lumped in with the overall trend of undoing much the Obama era work. Others were more confident about its survival and argued that insurance was far too low on the President’s radar to be consider, and may well pass through unchallenged. However, it was also noted that given the relationship between insurance regulation and local state politics, the agreement might well receive more attention as state representatives seek to make political gains in their local constituencies.

The rise of inflation as an asset class

During the meeting one participant gave a brief presentation on market conditions and economic outlook for 2017. It is anticipated that the rising reflationary pressures from last quarter are set to continue. These are driven by a combination of factors, including a normalization of oil prices and a shift in political trend away from austerity. Inflation rose by 40 basis points from October 2016 to the end of the year and the ECB’s ten year inflation projection is on a trajectory to reach its long-term targets at some point in the future, following a prolonged period of below average expectation. As a result investors are starting to reconsider inflation as an asset class.

It was also noted that some parts of insurers’ investment strategy is still focused on reducing interest rate sensitivity through a variety of solutions. From a business product perspective there is a tendency to shift away from guaranteed products towards unit-linked (guaranteed products are offered conditionally to policyholders also investing into unit-linked in some cases) and protection products.

Participants discussed a number of risks on the horizon, including political risk in the EU and US, unwinding of monetary policy, China and global leverage levels. These together with the historically low interest rates are causing asymmetric risks. One participant noted that combined with Solvency II and the forthcoming IFRS 9 changes to accounting rules, this risk scenario could drive insurers to seek more resilient and less volatile investment strategies instead of simpler equity strategies. A number of alternatives strategies were discussed, including the use of low volatility strategies or strategies with managed drawdown risk instead of plain vanilla equity strategies or the use of senior secured loans instead of standard high yield bond strategies.

Drifting away from hedge funds

One participant noted that a number of French insurers that explored investment in hedge funds are now shying away from the sector because of disappointingly low returns and a lack of transparency.

In addition to the points raised by the Commission in its CMU package and with the view to the 2018 review of the Solvency II delegated act, participants noted that France was also considering a number of issues beyond the scope of the current package. The French market is pushing for a reassessment for long-term investment and assets that fund the real economy. It is believed the treatment of these assets could be improved, as the shown in the recent French reforms of Supplementary Occupational pensions (see report 29/9/2016).

In the ever-present discussion on Solvency II public disclosures one participant said that initial figures were already showing that Solvency II disclosures were forcing companies to take action to align their Solvency II ratios with their targets and potentially peers as well. It was unclear if to what extent this practice will continue in the future or if this was just an expected early adjustment to the new system. 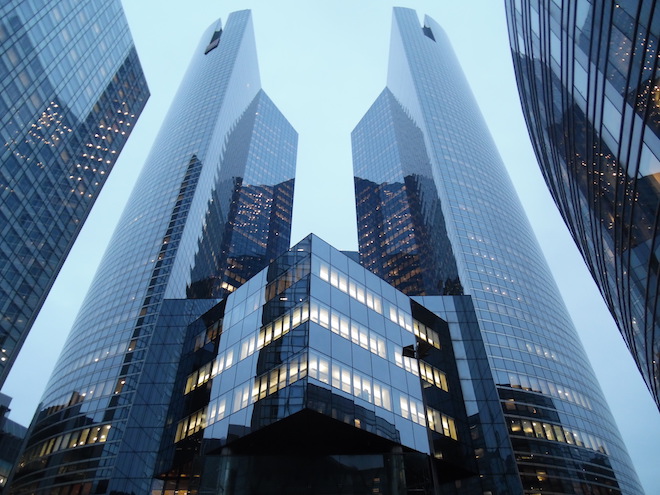