CIRC (CIRC) released two documents outlining a three to five year plan for enhancing its insurance regulatory regime. The publications are significant. Commentators note that when Chinese authorities consult publicly they often have a clear plan and the public announcement is designed to test the market’s reaction. 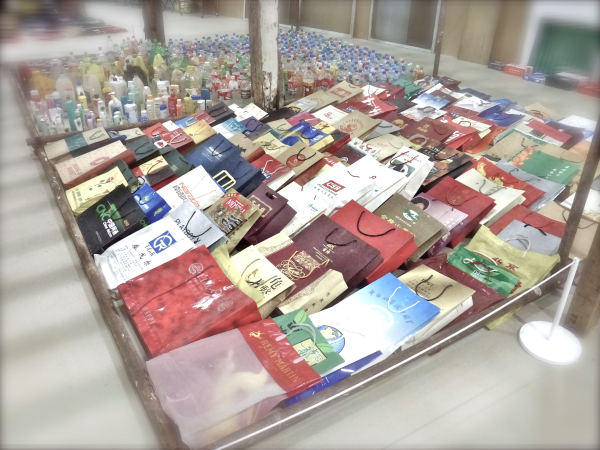 First, a note of caution on translation. The documents – a press release and a Q&A page (in Chinese) – refer to “China’s second generation of solvency regulation”, which could be misinterpreted to mean Solvency II. This is not the case. China began modernising its insurance regulation between 2003 and 2007, and this is a continuation of that process. In 2010 the CIRC published a set of guidelines on risk management and governance for life and health insurance firms. These included introducing a risk management function and a risk management committee that reports to the Board, as well as placing Board responsibility for the risk management framework.

The latest documents detail further steps towards achieving a risk-based regulation and outline an ambitious implementation timeline. The CIRC said it is planning to follow a three pillar approach, in line with the Insurance Core Principles published by the International Association of Insurance Supervisors (IAIS) in October 2011. The three pillars closely resemble the structure of Solvency II: Pillar I – capital adequacy, Pillar II – risk management requirement and Pillar III – information disclosure requirement. The regulation will be guided by five objectives: 1. Consumer protection. 2. Risk management and financial stability. 3. Strengthening the Chinese insurance industry. 4. Improving the level of insurance supervision, in line with international standards. 5. Improving international competitiveness of the Chinese insurance industry.

Implementation by 2017, if not before

The second phase of the regulation will be implemented over the next three to five years. The stages are outlined as follows: 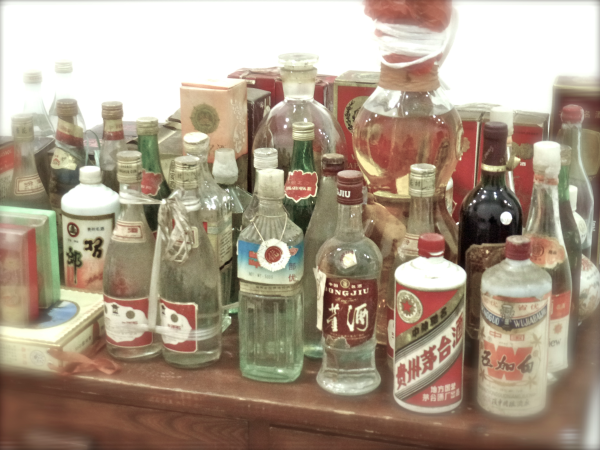 Some commentators suggest the timeline might even be achieved ahead of the 2017 deadline, especially given the speed with which the China GAAP accounting standard was implemented. China formally announced the new standard in December 2009, with an effective date of December 31, 2009. Although the CIRC first discussed the intention to move to a new accounting standard in 2008, the actual standard was not formalised until 2009. Full implementation for all insurers in China was achieved in less than six months. It seems that China is keen to show that it is a world leader in financial accounting and regulation and that it can carry out reforms swiftly and efficiently, so it is possible that full implementation will take place before the deadline suggested in the documents.

A regulatory system fit for China

The publications are the clearest signal yet that China is on a path to create a risk-based regulatory system that focuses on policyholder protection, and is in line with international best practice. At the same time the CIRC insists that the regulation must be adapted to the Chinese insurance industry. It sets out three guiding principles for the regulation: meeting the national condition, risk-based and consistency with international standards. While it will use international standards to design the regulation, the CIRC said it will not simply copy and paste the guidelines. Instead the regulation must be adapted to the national characteristics and the stage of development of the Chinese insurance industry. The insurance industry in China still displays many of the characteristics of a nascent market and much of the regulatory effort is on monitoring of firms. Although there are some international firms operating in the country , four large nationally backed insurers make up the majority of the local market . According to the 2012 Lloyd’s country profile for China, “The [Chinese insurance] market is dominated by state-owned and local players, with foreign insurers only servicing few clients in comparison. There is intense competition amongst domestic rivals, whilst foreign companies have so far made modest inroads, mostly in lines where there is less local expertise.” John Fisher, a Shanghai based insurance specialist working with multiple insurers in China said the regulation will have to fit the market’s development phase. “The Chinese insurance industry is still at a relatively young stage and that would mean that any regulatory regime the CIRC puts in place will have to take account of that.” “The current regime is essentially a form of Solvency I with some calculations around capital adequacy and margins. In areas such as governance, transparency and reporting, for example, there would have to be a gradual step change,” he added. 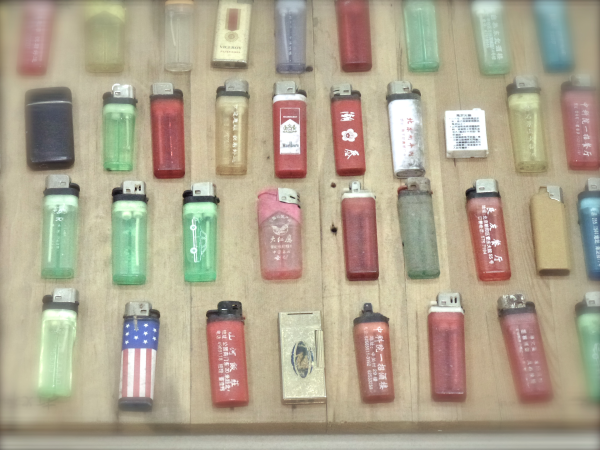 The IMF has also commented on the structure of the Chinese insurance market recently. In a Financial System Stability Assessment (FSSA) report published last November, it stated that the market needed to achieve “a better trade-off between scale and competition”. And while it noted that the Chinese supervisory framework was comprehensive, the IMF stressed that its solvency regime would need to be strengthened. China’s regulatory regime would also have to adapt as the market grows, the report stated. “As the market and the newly introduced risk-based supervisory regime mature, the CIRC should move away from its current direct involvement in insurers’ product, distribution, and investment strategies.”

Another principle set out by the CIRC is to create a risk-based regulatory framework that fully reflects the risk profile of individual firms as well as systemic risk. “While the CIRC is looking to create a comprehensive risk based regulation, it is also trying to develop a system that is practical rather than an overly complexed regulation that is costly and difficult to implement,” Jonathan Zhao, Partner, Head of Asia Pacific Actuarial and Insurance Advisory Services, Ernst & Young Hong Kong, said. “The focus is on developing a practical approach that fits the development of the Chinese insurance market, and makes reference to the IAIS Insurance Core Principles, as well as existing standards such as EU Solvency II and the US RBC. Most importantly, a risk-based capital framework that would capture all essential risks of the Chinese insurers.”

As noted above, the CIRC documents make a number of specific references to the IAIS Insurance Core Principles. This appears to reiterate its commitment to closely align insurance regulation in China with international standards, and has been welcomed by the IAIS. “As a membership organisation whose mission is to promote effective and globally consistent supervision of the insurance industry, the IAIS is pleased to see each of its Members, including CIRC, embrace and move towards adopting IAIS supervisory material,” Yoshi Kawai, Secretary General of the IAIS, told Solvency II Wire.

While China is looking to create a unique regulatory system for the Chinese insurance market, it is clearly seeking to align it with international standards, and it has already showed an interest in Solvency II equivalence. 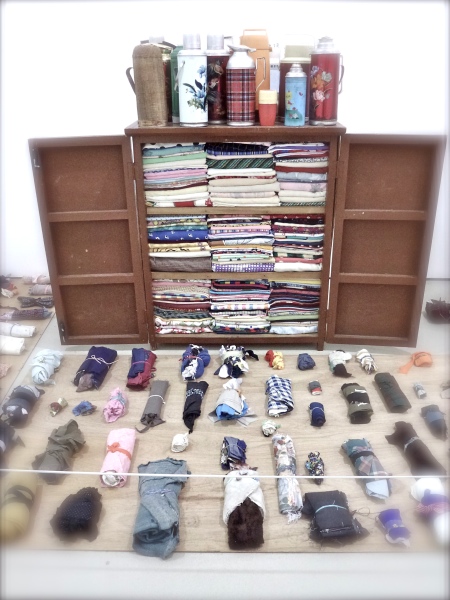 In February the European Commission published a letter stating that China, together with Brazil and Turkey, had initial discussions with the Commission on Solvency II third country equivalence. Jonathan Faull, Director General, Internal Market and Services, European Commission told Solvency II Wire, “The discussions with China on the subject of a transitional regime for third country equivalence under Solvency II are at an early stage. The Commission understands that China is, in principle, interested in engaging in further discussions with the Commission and  EIOPA on this matter, but is awaiting formal confirmation from the CIRC on this point.” Mr Faull also welcomed the recent publication from the CIRC on its plan to move towards a three pillar, risk-based solvency framework. “The Commission looks forward to continued good cooperation with CIRC in the context of a transitional regime for third country equivalence, for which China has been identified as a possible candidate,” Mr Faull added. A number of informal dialogues took place between CIRC, the European Commission and EIOPA in 2011 and further meetings are planned for this year, the Commission said.

The CIRC is currently in discussions with a number of national and international stakeholders on the final design of China’s insurance regulation. Sources close to the matter say a decision on the final structure of the system could be made as early as the end of the year. Along with Insurance Core Principles and Solvency II it is understood the CIRC is also looking at the US Risk Based Capital (RBC) framework. Yet whatever system, or amalgam of systems, the CIRC adopts it will have to balance China’s desire to match international standards with its own growing market. [caption id="attachment_24995" align="aligncenter" width="600"] 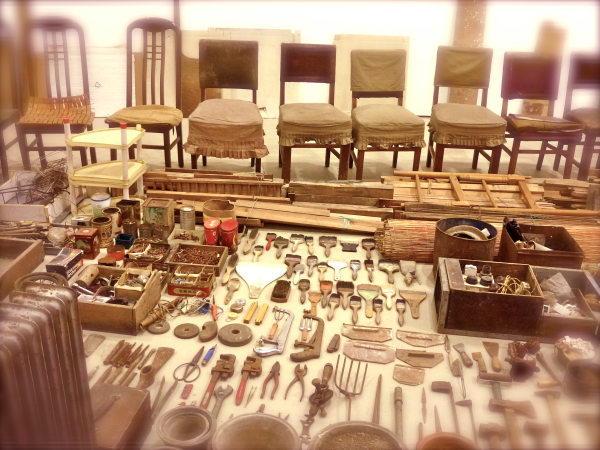