rules of cricket. They are both peppered with caveats, alternatives and ‘if this, then that’ clauses that make it difficult to define a single linear path of action. Omnibus II is a directive amending the 2009 Solvency II Directive. Its initial purpose was to take account of the Lisbon Treaty, replacing CEIOPS with EIOPA. Omnibus means bus in German, and like a bus that picks up passengers along the way the Directive has picked up various clauses and revisions en route to publication. It now includes transitional measures, implementation date changes and some changes to the Level 1 text (notably on long term guarantees, equivalence and reporting). At the time of writing, Omnibus II is in the trialogue discussions stage where the Parliament, the Council and the Commission iron out any disagreements on the text. The purpose of the trialogues is to come to an agreement so the Directive can be passed in a first reading in the Parliament and Council. If an agreement cannot be reached it must go through the full codecision process i.e. three readings in the Parliament and Council. 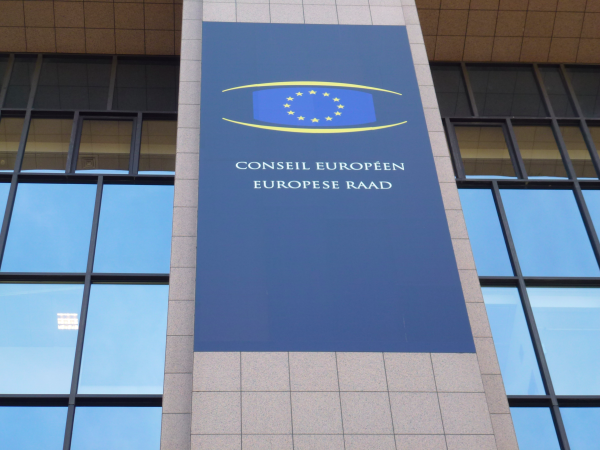 Once the Omnibus II Level 1 text is agreed in the trialogues it must be approved by a plenary vote in the Parliament first, and then by member states in the Council. Although the ECOFIN Council is responsible for the Directive and takes part in the trialogues, Omnibus II can be approved by any Council configuration (e.g. agriculture or foreign affairs).  Providing the text remains unchanged, Omnibus II should sail through both Parliament and Council. Normally the approved text then undergoes legal and linguistic scrutiny by the jurist-linguists in the Parliament and Council, who will work together to prepare the text for publication in the Official Journal. Translation and publication can take up to three months, so to speed up the process, new common guidelines (introduced in March this year) will allow for work to begin on sections of the text as they are agreed rather than wait for the final draft. This should considerably shorten the time it takes to publish in the Official Journal after the Parliament and Council approval. Once in the Official Journal, the Level 1 text becomes legally binding and can be transposed into national law in each member state.

Only after the Level 1 text is published in the Official Journal can the Commission begin the process for publishing the Level 2 text. First, the Commission will review the draft internally, taking account of the changes made to the Level 1 text. At this stage informal discussions may take place between the three bodies to allow the Commission to consider their opinion. The final text then undergoes legal and linguistic scrutiny by the Commission and formally offered to the Council and Parliament for approval. This is called the ‘objection period’, during which the two bodies can either accept or reject the text. The consideration is for the entire text. If it is rejected, the text cannot enter into force and the Commission must redraft it. Hence the importance of the informal discussions. In the Parliament the review of the text will be conducted by the ECON committee. To speed up the process, an informal written discussion will take place rather than a committee meeting. The text will only go to the Plenary if objections are raised. If the Parliament and Council raise no objections during the objection period, the text is published in the Official Journal and the Level 2 text becomes legally binding. According to the FSA consultation (CP11/22) published last year, “It is anticipated that the level 2 will be an EU regulation and, as such, will apply directly to firms and supervisory authorities without requiring transposition into domestic law.” This is understood to be the commonly held view, although it has not been confirmed officially. 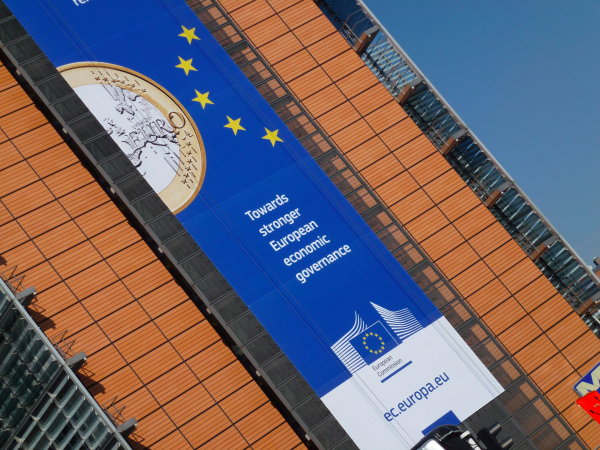 Two points are noteworthy here. First, the Commission said that it does not intend to open the text for consultation again. The proposal has been consulted on semi-publicly in November 2010 and has undergone a number of non-public consultations with key stakeholders.  Second, the duration of the objection period itself is currently under discussion in the trialogues (as part of the deliberation on the Level 1 text). The Commission wants to allow for two months, with an additional month if needed. But the Council and Parliament want three months with an option for another three months – this was the case for Omnibus I, a similar directive for banking and asset management. It is therefore theoretically possible that the Level 2 text will only be officially published six months after the publication of the Level 1 text. However, because it is possible to accept or reject the text before the end of the objection period, and given the level of informal discussions, this timescale could be considerably shorter.

There is, however, a key legal obstacle to finalising the Omnibus II Directive. The entire Level 2 text process outlined above, is subject to approval of a ‘sunrise clause’ that temporarily overrides the Omnibus II Level 1 text and allows the Level 2 Regulatory Technical Standards to be drafted, not by EIOPA, but by the Commission. A sunrise clause is often used in conjunction with a ‘sunset clause’ and allows for an automatic switch between two rules on a set date. The clause currently under discussion in the trialogues states that this switch will take place after two years. Regulatory Technical Standards are part of the implementing measures (Level 2 text). And, as noted earlier, the Commission has already drafted and consulted on the text with various stakeholders. While using the Commission text would speed the process up, the roots of this debate appear to lie elsewhere. The proposal to give EIOPA drafting powers was first introduced by the Parliament in its July 2011 ECON draft report. “The ECON proposal appeared to be attempting to wrest power away from the Commission in the preparation of the detailed implementing measures by giving responsibility for the drafting of much of those measures to EIOPA,” Oliver Wareham, a partner of Slaughter and May, told Solvency II Wire. Mr Wareham noted that the practical implication of the sunrise clause appeared to be to allow the Commission text to become the initial set of implementing measures. 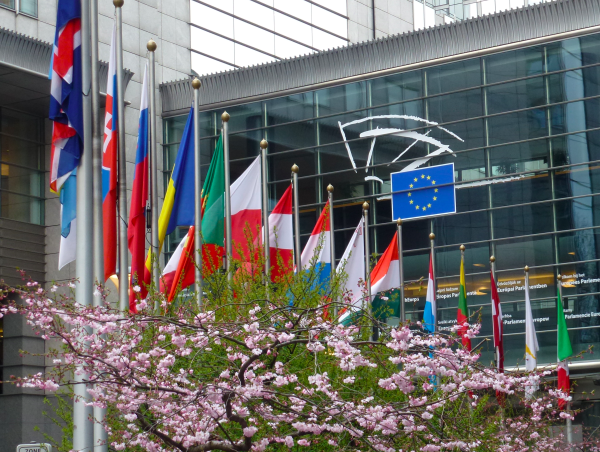 But aside from the practical implications there may be other reasons why the Commission should have the drafting powers. “ECON justified many of the changes to the delegated powers by arguing that supervisory expertise is required for the exercise of those powers. However, in many cases an element of policy judgment is needed and the Commission may well be better placed to take wider policy considerations into account,” Mr Wareham said. The power to propose implementing measures appears to have little technical significance, as the process for approving the text would be similar. However, it may have political implications. According to Gregor Pozniak, Secretary General, AMICE, “The Parliament argues that they fought hard to create a strong regulatory body, EIOPA, and that its powers should not be weakened or overridden in the current process.”

One reason why there may be political tensions around this issue is to do with the fact that if the Commission has drafting powers it has to consult with the European Insurance and Pensions Committee (EIOPC). “The EIOPC is a body of Finance Ministry officials. It is possible that some member states see better possibilities to influence the Commission services through this body,” Mr Pozniak said.

The continued delays to Omnibus II have caused a further complication. The Solvency II Directive adopted in 2009 has to be transposed into national law by Member States by 31 October 2012. Crucially, the Directive states that Solvency I runs out at the same time. To prevent this from happening (if Omnibus II cannot be published in the Official Journal by that date) the Commission has proposed to fast-track a measure that will postpone the transposition of Solvency II to 30 June 2013. It is effectively a way of buying time to complete the Omnibus II process.

The man on the Clapham Omnibus

All three parties involved in the trialogues have repeatedly expressed their commitment to working together to put the regulation in place. Yet the journey of Omnibus II through the legislative process has been plagued by twists, turns and delays. Who knows? Maybe the journey of the word omnibus itself into modern usage was an omen of things to come? ‘Omnibus’ is derived from Latin word meaning, for all or for everything. It made it into the English language via French, where the earliest reported use was in 1825 to denote horse drawn vehicles for transporting passengers between Nantes and a nearby bathing place. As recently as 1955 the word was used to describe a similar service in England, and was later shortened to bus as engines replaced the horses. In German it still means bus. ‘The Man on the Clapham Omnibus’ was an expression used in English law courts to describe a hypothetical reasonable person. The origins of the phrase are unclear. It was used in Greer LJ in the case of Hall v. Brooklands Auto-Racing Club in 1933 but is said to have first appeared in a legal document in 1903 in the libel case of McQuire v. Western Morning News where it was attributed to Lord Bowen in a case in 1871. [caption id="attachment_24385" align="alignright" width="150"] 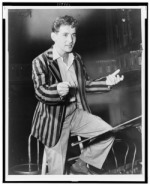 Leonard Bernstein – Click to play video[/caption] There is a familiar pattern here. Omnibus, it seems, is a word destined to be part of the convoluted paths of history and regulation. A more recent and straight forward use of the word was as the title of the eponymous American TV show. Here is a delicious clip from a 1955 episode in which Leonard Bernstein gives a masterclass in Shakespeare and singing the blues. ]]>