Omnibus II trialogue update Three more trialogues on the Omnibus II Directive are planned for June – two technical trialogues (12 & 18 June) and a final political trialogue on 20 June. The Danish Presidency has reiterated its commitment to reach an agreement during its term. A spokesperson told Solvency II Wire, “All parties have the best intentions to complete the trialogue discussions by the end of June. The Danish Presidency has made it one of its priorities to complete the Omnibus II process during its current term and we are working hard towards this goal.” However, he noted that as discussions were ongoing it was not possible to confirm the completion time. While he was unable to comment the progress of specific issues such as long-term guarantees, equivalence or  reporting requirements, the spokesperson said it has been agreed from the start that any agreements made during the negotiations will be subject to final overall agreement of the entire text. “Nothing is agreed until everything is agreed,” he said. A source close to the discussions said good progress was being made and expressed cautious optimism that it was possible to reach an agreement by the end of the month. 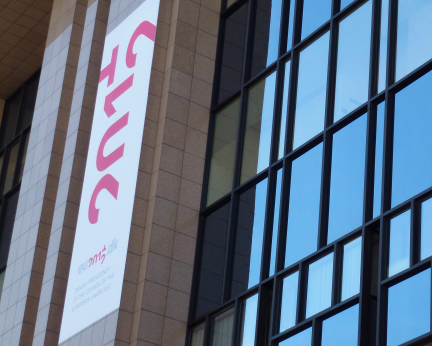 It is understood that moving the package of measures on long-term guarantees (Matching Adjustment, Counter Cyclical Premium and Extrapolation) to the Level 1 text, as proposed by the Parliament in March, is still being discussed. One possibility is of introducing a slimmed-down version of the measures. However the source confirmed that the package has to be treated as a whole and it was not possible to move only part of it to Level 1 – a factor which has made the negotiations difficult. The pattern of the negotiation throughout the process has been to get a general agreement at a political level on specific issues first and then draft the details in the technical trialogues. The draft is then subject to final political approval.

ESRB cautions on the systemic impact of Solvency II.

Mario Draghi, Chair of the European Systemic Risk Board (ESRB), told the ECON Committee that the ESRB was aware of the significance of Solvency II from a macro-prudential point of view. Speaking at a hearing before the ECON committee on 31 May, he said, “[Solvency II] may amplify the procyclicality of insurers’ balance sheets and, in particular, capital levels. This has been recognised by the legislator, which is designing several policy instruments (including some of a macro-prudential nature) to mitigate procyclicality and other factors.” In its annual report, also published on 31 May, the body responsible for the macro-prudential oversight of the financial system within the EU said, “As a result of the Solvency II Directive insurance companies will be exposed to important regulatory changes that might affect their business models in particular their risk management and investment strategies.” The report recognised that the insurance sector was less likely to pose an immediate systemic risk than banks but noted, “[Insurance companies] are not immune to the systemic nature of vulnerabilities within the financial sector. Moreover, their growing exposure to the interplay between sovereign and bank risks is becoming a challenge, at least in terms of risk concentration. In its review of macro-prudential aspects of forthcoming EU legislation, the ESRB said it was closely following the negotiations on the Capital Requirements Directive (CRD), OTC derivatives, central counterparties and trade repositories (EMIR) and Omnibus II. With respect to the latter the report said the ESRB paid “particular attention to the provisions addressing elements of pro-cyclicality within the Solvency II Directive (e.g. the ‘counter-cyclical premium’).” The ESRB is part of the European System of Financial Supervision (ESFS) – the body in charge of supervision of the EU’s financial system.]]>