Mark Carney, Chair of the Financial Stability Board (FSB) and Governor of the Bank of England, said he does not accept the criticism that the methodology for identifying Global Systemically Important Insurers (G-SIIs) is too bank-centric. [caption id="attachment_110321" align="alignright" width="256"] 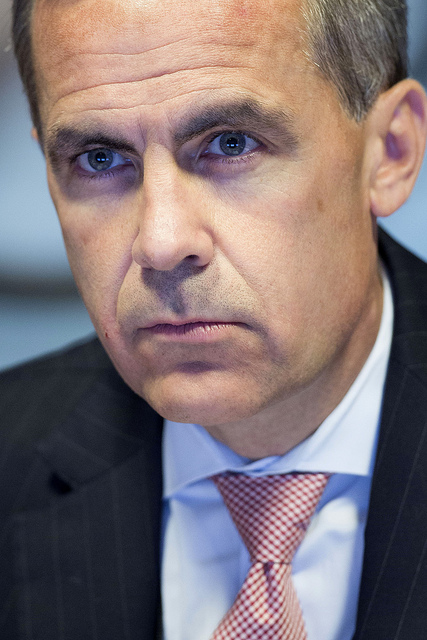 Mark Carney, Chair, FSB SOURCE: Bank of England[/caption] Speaking at a press briefing on Monday 2 September 2013, ahead of this week’s G20 Summit in St Petersburg, Mr Carney addressed the issue in relation to the recently published assessment methodology for identifying G-SIIs. “There’s not a prejudged outcome of the process, which gives you a bank-like approach that is applied to the insurance sector,” he said, in response to a question from Solvency II Wire. While acknowledging that policy tools were still being developed, he added, “But it wouldn’t be unreasonable to expect that there is a different weighting in terms of the relative importance of resolvability and structural organisation versus capital surcharge.” Mr Carney also noted that the methodology was developed by the FSB in conjunction with the International Association of Insurance Supervisors (IAIS). The IAIS published a draft methodology assessment on 18 July 2013 proposing a set of criteria to determine if an insurer is deemed to be of global systemic importance. Each of the criteria (size, global activity, interconnectedness, non-traditional and non-insurance activities (NTNI), and substitutability) carries a different weight in the evaluation. Interconnectedness and NTNI carry the most weight: 40% and 45% respectively. Mr Carney said the different weightings were as a result of issues of resolution and the concentration of systemic risk of non-traditional non-insurance activities. The FSB has identified nine G-SIIs based on the current methodology. The list will be updated annually and published in November of each year. It is proposed that the assessment methodology is revised at least every three years. During the briefing, held at the Bank of England’s PRA building, Mr Carney also addressed what has been perceived as the slow progress of implementing the FSBs recommendations for insurance. “I wouldn’t say we are disappointed with the pace of progress,” he said, explaining that the perceived slowness is a result of priorities. “We started with the banks because they’re at the core of the system, at the core of the issues and so we have made the most progress there. So there has been less progress on insurance, in part because of sequencing, because we started later on.” Mr Carney sounded a positive note on the overall progress on the FSB’s work on global financial stability. “There has been tremendous progress made in the last four or five years,” he said. But he cautioned that there was still much work to be done and listed three areas that were holding the process back. Key amongst these was the need to continue to develop the mindset of international cooperation amongst regulators and supervisors. Another is the challenge of creating global standards. One stream of work is looking at an outcomes base approach, which recognises that different regulatory traditions result in similar outcomes. Taking such an approach will ensure, “We’re not hamstrung by some sort of perfection of the single global standard.” There was also a concern that a global standard would be too weak. ”[You] can land up with a standard that is so ‘lowest common denominator’ that effectively it doesn’t have the impact,” he said. Lastly Mr Carney addressed the issue of implementing the FSB reforms. He notes that it was up to governments to be clear about “what’s within their control” and what else they needed to do “if they really sincerely want to accomplish what they say.” The comment may be alluding to the implementation scorecard of the FSB reforms, which will be published on Friday at the summit. — To subscribe to the Solvency II Wire mailing list for free click here.]]>