Initial analysis of the first set of Solvency II disclosures, the Solvency and Financial Condition Reports (SFCRs) and Quantitative Reporting Templates (QRTs), gives an early indication of the potential shifts in the SCR and MCR ratios as well as structure of own funds.

The chart below shows the changes in SCR ratio for 12 solo and 2 groups that publish there SFCRs earlier than most firms (mostly due to a financial year end other than 31 December 2017). 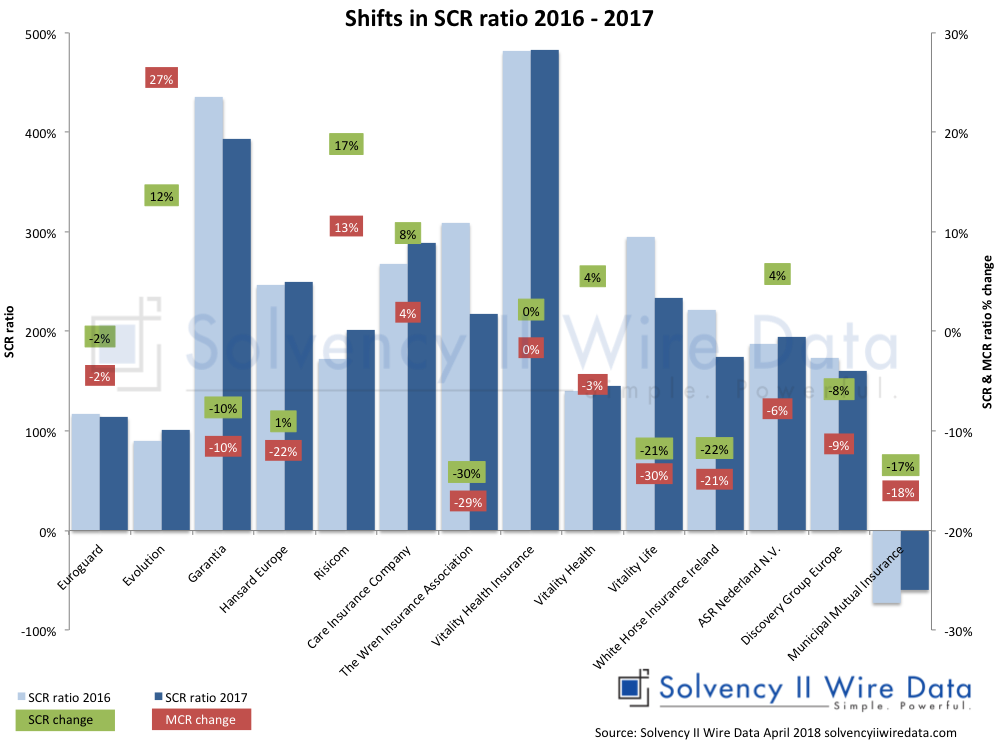 A number of firms exhibited significant shifts in the SCR ratio (green box) and MCR ratio (red box). The largest, Wren Insurance Association, saw a drop of 30% in both the SCR and MCR ratios. It is interesting to note that in most cases the shifts in ratios were closely matched. — The full set of data is available to premium subscribers of Solvency II Wire Data. Find out more here.]]>