Seamus Creedon, Solvency II Project Manager, Groupe Consultatif I welcome the opportunity to contribute to this important debate on sound regulation of long-term promises to Europe’s economically active consumers. While the immediate issue is valuation of long-term guarantee products by insurers, this is only one element of economically sound management of all forms of provision of income in retirement. The majority of actuaries in the EU/EEA (more than 30,000) are concerned with the soundness of life insurers (and pensions programmes), and an understanding of the economics of balance sheets is critically important. That is why most actuaries have consistently supported the key aim of Solvency II to harmonise regulation on a basis which recognises the economic realities of markets and all forms of risks. Actuaries also support the application of economically realistic valuation to assets and liabilities, provided account is taken holistically of the context of employer or other sponsorship. The fall-out from the financial crisis has led to unprecedented economic and financial market conditions, including at times, dysfunctional sovereign bond markets in the Eurozone1. As well as recent and current volatility, the future course of inflation and currency movements is quite exceptionally uncertain. These conditions present valuation and solvency assessment challenges which few of us have seen before. Most actuaries therefore agree with other contributors here that Solvency II needs refining. We continue to support the aims, but believe that two quite distinct changes are required: The liquidity and predictability of commitments is crucially relevant to valuation and needs to be recognised through an economically justifiable Matching Adjustment; and Flexible transitional measures are required to manage the application of market-consistency to historic long-term guarantee liabilities, but only to prevent threatening financial stability.

Rationale for a Matching Adjustment 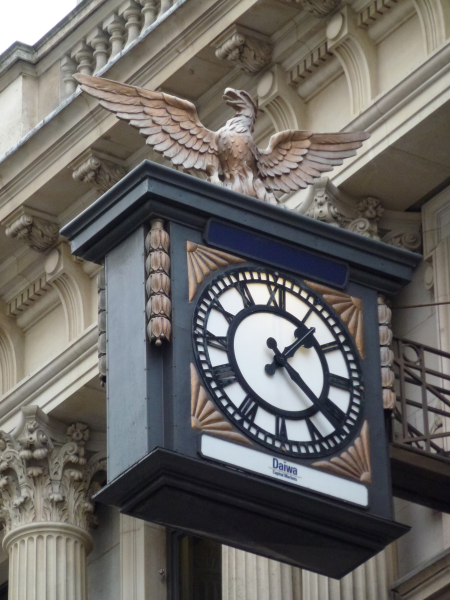 To understand the rational for the Matching Adjustment ask yourself the following two questions: You may choose to invest your €10,000 in one of two deposit accounts. One allowing immediate withdrawal and the other requiring 90 days’ notice. Which would you expect to offer the higher interest rate? Second, you may choose to borrow to finance your home extension (at the same rate) on either of two bases – one where repayment is entirely at the lender’s unconstrained discretion and the other with a fixed repayment schedule. Which would a rational borrower prefer? Expecting a higher interest rate on the notice deposit and preferring the fixed repayment schedule is economically rational (for choosing the other options you may need expert financial advice!). Financial economics states that liquidity has value. The right to convert an asset into cash increases its value, and the risk of facing demand for immediate payment increases the value of a liability. Provided all other terms are the same, the fair value of a liquid liability is greater than the fair value of an illiquid one. The relevance of this to insurance liabilities was acknowledged in the actuarial literature as early as 2001 by Babbel, Gold and Merrill2; although the authors rightly stated that over-estimation of the illiquidity of insurance liabilities could lead to excessive liquidity risk. Most actuaries hold that it is desirable, on macro-prudential grounds, to recognise the degree to which elements of insurer provisions may be both illiquid and predictable on an insurer’s solvency assessment. This creates an appropriate incentive for insurers to originate long-term commitments with a minimum of liquidity risk. Actuaries can also understand the view (expressed, for example, by the Committee on the Global Financial System3) that from the perspective of healthy economic development, insurers and pension funds should be in a position to make long-term investment commitments. This, rather than investment by banks, which is rife with potential for maturity transformation risk. Very limited evidence from transactions involving transfers of illiquid and substantially predictable liabilities bears out the market consistency of the principle of a Matching Adjustment. However, having established that a Matching Adjustment is market consistent or economically real in principle, does not of itself suggest how to achieve a market-consistent calibration. There are two main reasons for this: First, the market value of liquidity is difficult to disentangle reliably from the value of creditworthiness (for example, part of the reason we expect higher interest rates on notice deposit accounts is for the risk that our bank may not survive the notice period). Second, the illiquidity, and even more so, the predictability of insurer liabilities are often a question of degree. Some liabilities are wholly illiquid but none are wholly predictable. Actuaries are usually pragmatists, and we believe the Solvency II framework can be refined to incorporate a prudent recognition of the liquidity and predictability attributes of elements of liabilities without great difficulty. In this context it is my own view that it would be both more prudent and practical to calibrate the adjustment by reference to a synthetic portfolio reflecting a high-quality investment policy, rather than by reference to actual portfolios.This way the Matching Adjustment can be calibrated and applied based on cautious views of economic incentives to firms and their customers. And it can avoid incentivizing excessive credit risk and discourage accumulation of liquidity risks at any level.

The comedian Robin Williams once said, “If you remember the 1960’s, you weren’t really there.” The portfolios of life insurers include elements with guarantees given in the 1960s and earlier, as well as elements from the 70’s, 80’s, 90’s and the noughties! Generally, long-term contracts included guarantees which were deemed to be actuarially reasonable in the circumstances of the time, particularly the prevailing level of long-term interest rates. As far as practicable, insurers sought to invest in assets of appropriate type and duration where they were available (although no assets were available to hedge the very longest of guarantees). Today is about the worst imaginable time to attempt to value such historic long-term guarantees on a ‘market consistent’ basis, for several reasons. For a start, central banks have been taking action to depress even long-term interest rates below equilibrium levels in order to sustain or boost economic growth. Confidence in the banking system is also weak, making interbank (EURIBOR) and related derivative markets much less reliable indicators of true market-clearing levels of interest rates than usual. Finally, the values of the sovereign assets which constitute a substantial part of insurers’ portfolios in most countries have been very volatile, and in the case of certain countries at certain times, apparently ‘oversold’. Governments and regulators are concerned with financial stability and public confidence. Actuaries would agree that it is not at the present time a good idea to suddenly apply the Solvency II framework as originally developed to historic guarantee liabilities. This has led to exploration of modifications (departures from market consistency) such as accelerated extrapolation, counter-cyclical premium(s), and transition provisions. There is no simple solution. It does however seem plausible that extended transition in respect of historic commitments only – to be used by firms on a voluntary basis – may be the best approach to an optimal balance of regulatory discipline and financial stability. Specifically, I agree with other contributors here that it seems difficult to design any form of counter-cyclical premium as other than an ‘in extremis’ element of the Solvency II framework. There are risks in opting for an extended transition for historic liabilities, but I am clear that these risks arise mostly from the crisis and therefore already exist today. No policyholder’s security will be made any worse than it is today by allowing firms to opt for breathing space. We can reasonably hope that policymakers are successful in gradually restoring economic equilibrium and eventually growth, in which case an extended transition will be seen as far-sighted. Even if the outcomes are postponed or are less benign, careful management of transition will likely optimise public confidence and financial stability.

Solvency II is a remarkably ambitious development – much more so than anything which has emerged from Basel! It is in the interests of Europe’s consumers, its insurance industry, governments and regulators that it should proceed with the minimum of delay. We can however learn from events, and the modifications suggested – a Matching Adjustment for elements of new and old long-term liabilities and voluntary extended transition for old long-term liabilities only – offer the best chance of timely achievement of the goals of Solvency II. Importantly, they also set useful precedents for enhancing the management and regulation of pension commitments generally. — The views expressed are the author’s own.