public consultation on the Solvency II XBRL taxonomy has been the decision to align its taxonomies more closely with those of the European Banking Authority (EBA). 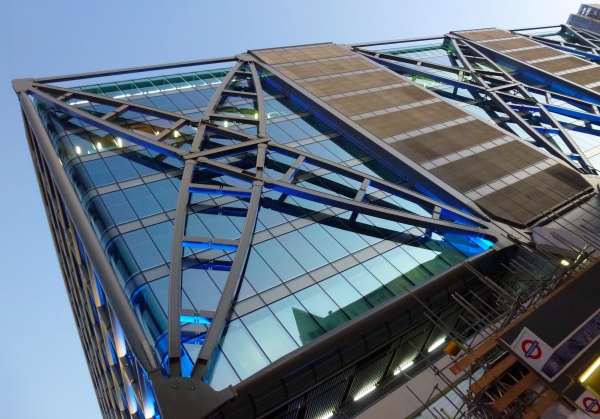 A taxonomy is like a dictionary that defines each item of the reporting template in XBRL. It translates real world business concepts (such as balance sheet items, interest rates, etc) into a series of unique and interrelated XBRL elements which are used to produce a valid business report using the XBRL format. “One of the elements that came out of the consultation was the request to be aligned with developments that were taking place in the EBA,” Patrick Hoedjes, Director of Operations and Chairman of the IT and Data Committee at EIOPA, told Solvency II Wire. “While we are not going to fully copy their methodology, we are going to align it in a way that technically both the taxonomies are compatible. This is a great step forward but that means more time for development is needed on our side.” The EBA is using a Data Modelling approach to construct the XBRL taxonomies for its supervisory reporting frameworks, COREP (Common Reporting) and FINREP (Financial Reporting). The Data Model is also intrinsically compatible with some dimensions of the ECB statistics reporting templates.

Aligning the taxonomies as closely as possible is beneficial both to reporting entities and those who collect the data, as it reduces duplications and increases efficiency. According to Derek De Brandt, Chair of the COREP/FINREP/SOLVENCY II Harmonisation Working Group at XBRL Europe, “For all those who must prepare data and all those who collect it, it is a tremendous benefit if they use XBRL in the same way. Creating commonalities between the reporting frameworks will reduce investment costs for filers who are dealing with multiple frameworks.”

Creating a taxonomy is essentially a process of translating business information into an IT format which can then be used to exchange that information. The solution to aligning the taxonomies of the different reporting frameworks is to create a sublayer, the Data Model, which identifies all common elements across the frameworks and defines them in the same way. The elements defined in the Data Model are then used when building the taxonomy for each reporting framework. [caption id="attachment_9409" align="alignleft" width="328"] 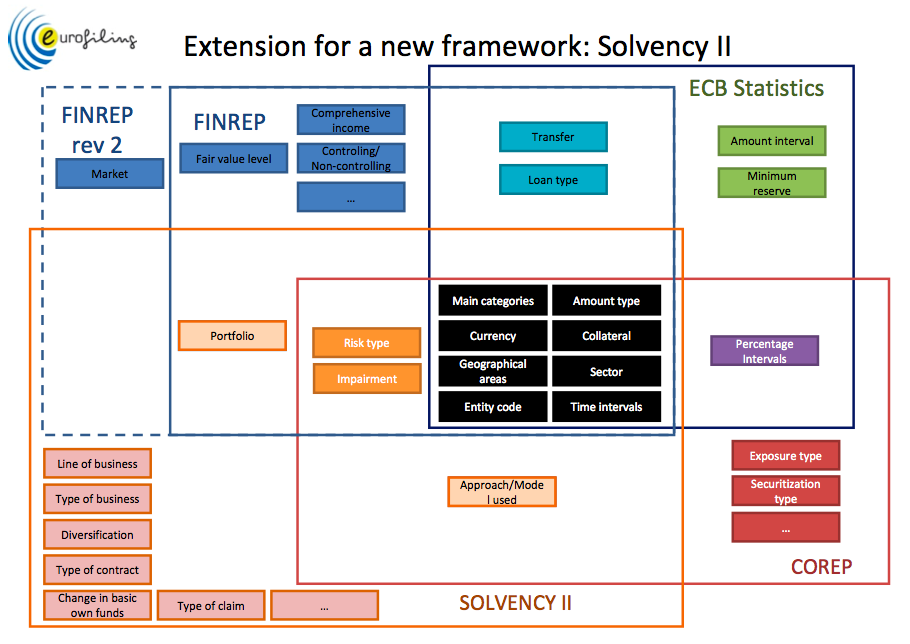 Extension for a new framework SOURCE: Eurofiling[/caption] The common elements, called ‘dimensions’ in XBRL parlance, relate to the basic parts of each item in the reporting template such as currency units and geographic location. For example, once a currency unit, say the Euro, is defined in the Data Model, every time a Euro amount is used in any of the taxonomies that definition is the same. The chart* on the left  shows the areas of commonality, or shared ‘dimensions’, between the four reporting frameworks required by the different European supervisory authorities: COREP, FINREP, ECB Statistics and Solvency II. The eight dimensions (in the black boxes) which include, ‘Currency’, ‘Geographical area’ and ‘Entity code’, are shared across all four reporting frameworks. In addition, Solvency II shares ‘Risk type’ and ‘Impairment’ with the two EBA reporting frameworks. The role of the Data Model and where it fits into the information exchange between the reporting entities and the supervisory authorities can seen in the diagram* below. [caption id="attachment_9408" align="alignright" width="401"] 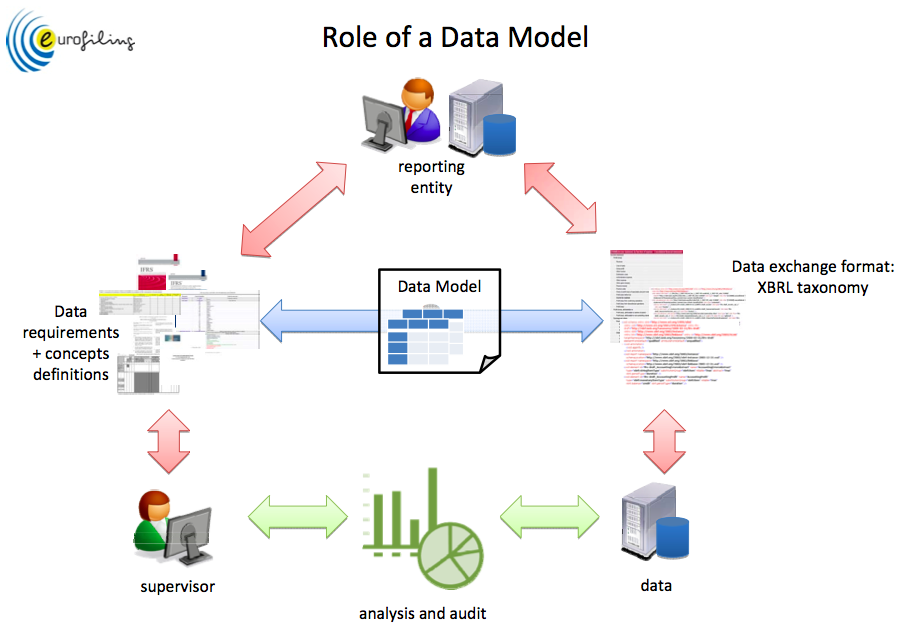 Role of a Data Model SOURCE: Eurofiling[/caption] Supervisory authorities define reporting frameworks (COREP, Solvency II, etc.) which firms and other reporting entities must then submit to the supervisory authority for its analysis and audit purposes. The Data Model defines all the common elements in the different reporting frameworks. It is then used to define the data exchange format, which in the case of the European Union is gradually converging to XBRL. According to Mr De Brandt, “There are enough shared aspects between EIOPA and the EBA reporting to justify sharing a common Data Modelling approach.”

Building the Data Model and taxonomy

Building a Data Model and respective taxonomies is a complex process, not least because it requires a high level of understanding and communication between the business and the IT teams building the taxonomy. “One of the main lessons we learned in the Eurofiling community, which has been co-developing the EBA (CEBS) taxonomies, is that you need to maintain a constant dialogue between the business experts designing the supervision framework and the XBRL experts designing the taxonomies,” Mr De Brandt told Solvency II Wire. “The close cooperation between both groups ensures a good understanding of the framework, a proper design of the data model and a logical and understandable taxonomy.”

The EBA is using a Data Points Model, a more sophisticated XBRL model, in which the link between the taxonomy and the business use is more difficult to establish. According to Mr Hoedjes, “EIOPA is trying to stay closer to the business side so that business users can read the taxonomy without a dictionary by their side. So we will try to develop a mixture between Data Point Modelling and the business use.” *Source: Eurofiling, see: Data Modeler: ExcelXbrlGen (Excel add in)]]>