NN Group is the first of the large European insurance groups to publish its Solvency II public disclosures (SFCR and QRTs). 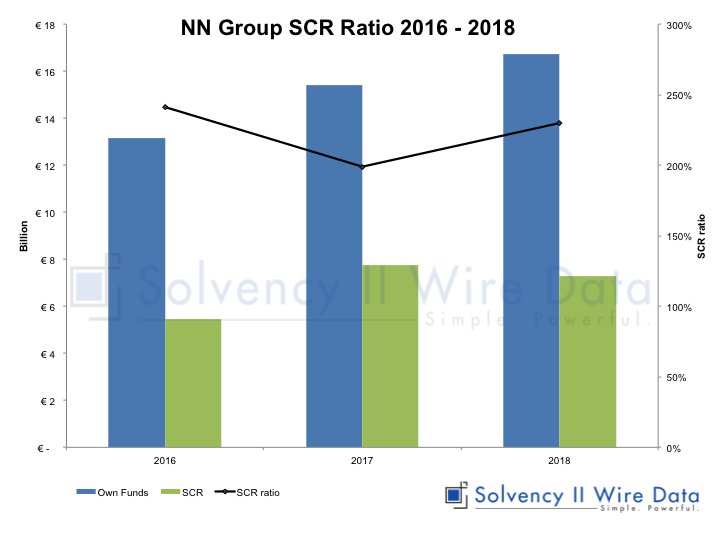 The company explained the change in the ratio as follows: “Solvency II ratio of 230% reflects changes in the corporate tax rate in the Netherlands, the impact of the final dividend and the termination of the warrant agreement as well as negative equity revaluations, partly offset by the expansion of the Partial Internal Model and operating capital generation.”

Since 2016 the group’s Own Funds have increased steadily rising by 27% over the period. The SCR rose significantly in 2017 causing the drop in SCR ratio (199%) but its subsequent decrease in 2018 has helped to bring the ratio closer in line with the initial figure in 2016.

NN Group is the 12 largest insurance group in Europe by Total Assets based on the Solvency II balance sheet (see table below).

Click here to find out more details or request a demo.