Home » Knowledge Base » Solvency II in the media

hash tag Solvency II) – it is making few waves. The chart below shows the number of times the phrase “Solvency II” appeared in the some of the press in the UK, Germany and France for the past three years. Not surprisingly the Financial Times leads the table with 70 mentions. It is followed by Die Welt with 34 mentions and then a trail of teens and single digits for the other publications. [caption id="attachment_3321" align="aligncenter" width="652"]

Search conducted on 15.9.2011 for the phrase “Solvency II”, except for Le Figaro which used “Solvabilité II”[/caption] The sample is anecdotal, but considering that a search for “Basel III” in the Financial Times produced 414 results for this year alone, it indicates how little coverage Solvency II receives in mainstream media.

Exploring the coverage of Solvency II online reveals a few eyebrow-raising facts. Using Google search as an indicator for interest and Basel III as a yardstick, the coverage is remarkably close. A search done today (15 September 2011) showed about 1.5 million results for the phrase “Solvency II” and 1.65 million for “Basel III”. Applying the Google search to other languages gave the following results: Solvabiliteit II (Dutch) 440,000; Solvabilité II (French) 72,100; Solvencia II (Spanish) 62,700 and Solvabilität II (German) 20,400. Here is a full list of Solvency II translation and pronunciation across the EU for anyone interested in exploring these trends further. It is worth commenting on the Dutch results, which might be indicative of the high level of activity and initiative taken by the Dutch regulator, DNB.

Solvency II vs Basel III in the blogosphere

In the blogosphere and social media there seems to be a bigger disparity in the coverage of the two regulations. Restricting the search to Blogs only revealed 79,400 mentions for “Solvency II” versus 223,000 in favour of “Basel III”. This gives a ratio of 1:2.8 compared to the full Google results which show that there are 1.1 mentions of Basel III to every mention of Solvency II. Perhaps this is an indication that more bloggers out there are angry about the banks after the financial crisis. Basel III may also feature more in the raging Eurozone debate. Limiting the Google search to Discussions, which lists mentions on discussion forums and groups, showed an even bigger gap. The “Solvency II” search produced 10,400 results as opposed to 33,600 for “Basel III”, a ratio of 1:3.23.

There is also a visible pattern of how people search for information on Solvency II. Using Google Insights, a tool for comparing search trends and patterns, showed that “Solvency II” is by far more popular than “Solvency 2”, and “Solvency two” is too low to make the chart. [caption id="attachment_3324" align="aligncenter" width="600"]

Solvency II, is anyone listening?

The results of these anecdotal searches confirm that there is little interest in Solvency II outside of the media circles tracking the insurance world. In the UK, for example, in 2009 (the year the Directive text was adopted by the EU) there were 10 mentions of Solvency II in debates and committees in both the House of Commons and The House of Lords, according to a search on Hansard. For 2011 so far, the search shows only four instances in which Solvency II was discussed in either of the houses. The UK government is still not showing much interest in Solvency II. This August Chris Leslie MP tabled a further set of written questions about Solvency II to the Chancellor. The questions were answered (Column 635W) in writing, by the Financial Secretary to the Treasury, Mark Hoban, but made little impact in the media. 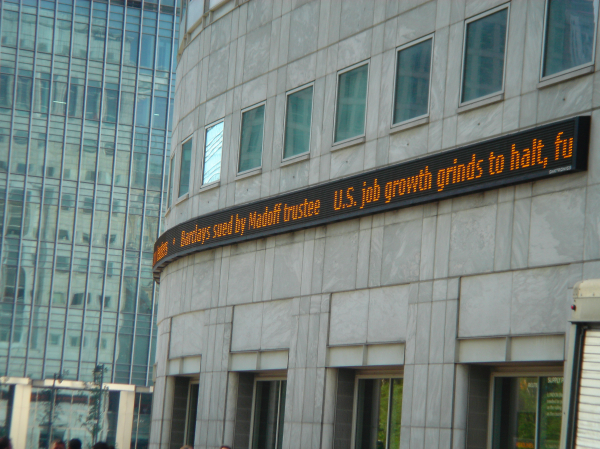