Gideon Benari, Editor, Solvency II Wire, argues that the modern financial system is still in its infancy and policymakers have not yet fully understood its nature. As a result, they continue to grapple with designing effective regulation. A new approach is needed with incentives that align the self-interest of actors in the system with it­s stability. —

Why do you stop?

When you drive towards an intersection with a stop sign ahead, why do you stop? Maybe you are scared of getting caught by the police or maybe you are a good citizen who believes it is your moral duty to obey the law. Both are valid reasons. But I would argue that an important part of the decision to stop is motivated by the belief, and hope, that when you approach the intersection next time, and have right of way, the other cars will stop too and not smash into you. It is a matter of self-preservation. This example demonstratesthesense of collective consciousness shared by road users, without which the system would not work. It also points to the fact that to exercise power, the system relies on a certain amount of cooperation between the enforcer and the enforced. Users accept the rules and therefore obey them. Transposing these ideas to the financial system helps explain why regulation of the industry has continually failed over the past quarter of a century – the levels of both collective sense of responsibility and acceptance of the rules are far too low. As a result, any attempt to regulate the industry is often met not with an understanding and willingness to apply the spirit as well as the letter of the law but as an obstacle in the way of making profits and a challenge to be circumvented. Returning briefly to the roads, if drivers ignored the rules there would be chaos (not to mention a massive reduction in the efficiency of traffic flow). To guarantee your own safety when you next approach an intersection you would either have to ensure you were in the biggest car on the road or seek alternative routes or means of transport. Industry reactions to regulatory changes in response to the financial crisis echo this. As a result of the tightening of the capital rules for banks we are seeing a ballooning of the shadow banking system and peer-to-peer lending. What’s more, the designation of Global Systematically Important Financial Institutions – regulators’ attempts to tackle the “too big to fail” problem – has been met in some cases by attempts by some banks to become even bigger in order to benefit from economies of scale and reduce the cost of regulatory charges. Regardless of what is said, the behaviour points to the fact that the old ways persist – regulation is an obstacle to be dodged not a principle to be embraced.

The rules of the road point to a third important principle: an alignment of interests. It is that alignment of interests that makes enforcement both possible and more effective. I obey the rules of the road because it serves my self-preservation; if I break them in order to get to my destination faster I’m putting myself at risk. It follows that in order to create a more resilient financial system we would need to somehow align the interest of self-preservation for individual actors with that of the system as a whole – somehow engender that sense of shared collective consciousness. The ideas of principle-based regulation and self-regulation that proliferated in the late 1990s (across many industries, not only financial services) were an attempt at doing just that. In the UKthe supervision of banks and insurance companies moved to the newly created Financial Services Authority. This was, in part, driven by the now invalidated notion that the financial system would become safer if institutions were left to act in their self-interest. The implicit assumption being that they ultimately understood that endangering the whole system would endanger themselves. The financial crisis smashed the myth of self-regulation and exposed its naiveties, leaving regulators groping in the dark for new regulatory solutions. However, in thinking of how to better regulate the financial system we should avoid tripping over the familiar “greed is good” versus “greed is bad” divide. That is too blunt a dichotomy to apply to such a complex system that is as essential as it is potentially damaging for the real economy. We need to think beyond it. For one, in the current system it is often not possible for actors to behave in a responsible or even sensible way. The system’s short-termism and brutal competitiveness hardly encourage firms to do the right thing, to put people before profits or even shareholders before management. The market does not have a mechanism in place to reward robustness, long-term thinking or acting in the interest of the system as a whole. Not to mention society at large.

Thinking of a new approach

Regulation is an iterative process. By its very nature it is reactive. We cannot, and do not, want regulation that is overly pre-emptive and will stifle innovation and creativity. Nor can we accept what we have today – a system in which industry accepts too little responsibility, both moral and material, for its actions. To even begin addressing this near-Herculean task we need to put things in some historical perspective. The past quarter of a century and the drive to globalise financial markets has seen unprecedented growth and innovation in finance. Finance was essentially “reborn” as an industry, and maybe we need to begin treating it as such. Nascent industries and technologies follow a familiar trajectory. In the beginning anything goes: it is a “wild west” of sorts. Then over time as innovators and users understand the technology better a process of trial and error leads to standardisation and safety practices. The inability to contain the global financial system suggests that maybe we are still only at stage one of the trajectory: still trying to understand exactly what the system is and how it can be harnessed for the greater good. We need a shift in thinking on the part of industry and society. But rather than trying to reinvent the system we need to think of how to draft rules and develop incentives that align the self-interest and profit motives of actors in financial markets with the greater good, and that bind obeying the rules with self-preservation. We need to move away from the notion that becoming the biggest car on the road is the only way to get a competitive edge. This is no small undertaking, but the past thirty years suggest we have little idea of how to do this. — To subscribe to the Solvency II Wire mailing list for free click here. 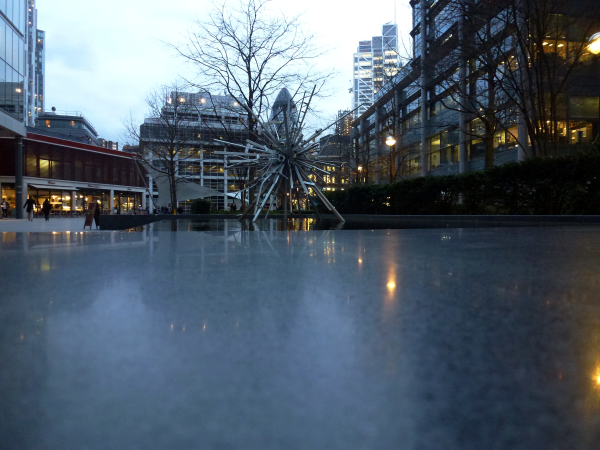